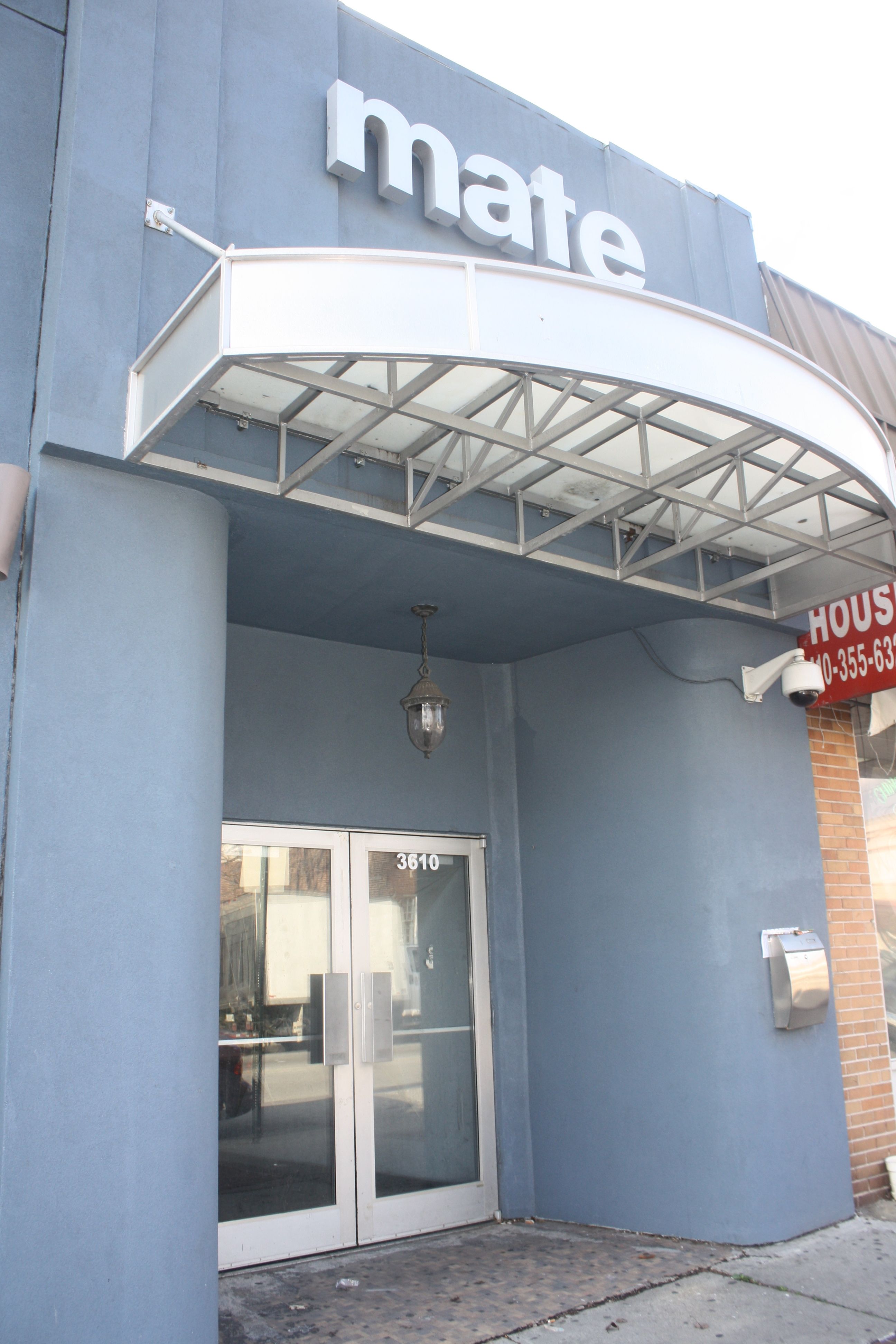 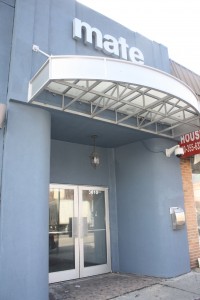 Traveling down the 3600 block of South Hanover Street in Brooklyn, it would be easy to pass the nondescript building at 3612 without a second glance. The building is admittedly unremarkable – a sprawling gray structure with covered windows. The only signage – the word “mate” in an unassuming, gray typeface – gives little indication of the purpose of the building. It would be impossible to know, without local knowledge, of the storied history of the site. In this way, 3612 South Hanover Street is typical of the Brooklyn neighborhood. There is no shortage of stories to be told, only a shortage of people willing to listen.

Situated at Hanover Street and Patapsco and constructed in 1841, the Walnut Spring Hotel was the focal point of the new town of Brooklyn. The building served variously as hotel, boarding house, a hangout for politicians, and the headquarters for a diamondback terrapin farm. While the varied uses of the building are noteworthy, the greatest cultural value of the property lies in its rich musical history. This history dates back to the beginning: the hotel was famous for its unique band stand built into the branches of the Walnut Spring Tree, the namesake of the establishment.

The Walnut Spring Tree, a black walnut, was taken down in 1916 and sold to a furniture manufacturer. The trunk was nearly nine feet in diameter and more than 25 feet in circumference. While the date of the demolition is not apparent, the Walnut Spring existed until at least 1933, when restoration efforts were undertaken to make the building suitable as the headquarters of the Brooklyn Democratic Club.

The history gets a little fuzzy until 1946, when a new structure was constructed on the site. The Walnut Grove was a popular 40’s nightclub — a News-American nightlife columnist considered it the “nitery thrill of a lifetime.” The Walnut Grove hosted national acts, such as Tony Pastor and Louis Prima.

While the structure remains today, it has changed forms (and hands) numerous times over the years. In the ’50s it was a country venue called the Hillbilly Nightclub, where Patsy Cline and Jimmy Dean performed. In the ’70s and ’80s it was a catering hall known as the Champagne Ballroom. Another Champagne Ballroom, also a catering hall, stands today a few miles west on Patapsco Avenue. It is unclear that the Lansdowne establishment, formerly known as Martin’s Champagne Room, shares anything other than a name with the former.

The hall at 3612 South Hanover Street sat vacant for over a decade, before Jerry Adcock purchased it in 1999. Adcock and partner Buddy Chalk envisioned a nightclub that embraced the working class roots of the community. “This is a working-class side of town,” Chalk remarked in a 2001 Baltimore City Paper article, “I just want to make an inexpensive place for people to hear music and have fun.” Their venture, branded L.A. Night Club, was short lived. By 2002, the space had been reinvented as Thunder Dome, a rock and metal music venue. Last.fm, a music website, notes bands with names like The Black Dahlia Murder, Suffocation, and Morbid Angel as having graced the stage at Thunder Dome. The venue served as the location of a benefit concert for Joe Schultz, the local man who was mistaken for a bank robber and shot in the face by a police officer in March, 2002. The concert was billed as “Mistaken Identity.”

The large space was also used as the site of the 2004 Maryland Deathfest, a death metal music festival that is held annually in Baltimore. The festival moved in 2005 to the Sonar Club downtown, where it continued until the club’s closure in 2012.

After closing its doors in mid-2004, the large space at 3612 South Hanover Street was purchased by Vu Huynh. Huynh opened Club Mate in late 2004. Since opening, Club Mate has been at odds with community members. Huynh believes that race plays a role in the group’s criticism of his club–the residents who oppose him are mostly white, while his patrons are predominately black and Latino. Community members feel that the club is not well managed and brings noise disturbances and crime into the neighborhood.

Tensions were fueled by several violent crimes that put Club Mate’s name in the papers. In February 2007, club patron Ryan Holliman, was fatally shot after leaving the club at closing time. In April 2006, the bodies of two men were found behind an Arbutus middle school. Baltimore County police allege that the victims met their assailants at Club Mate earlier in the evening.

Billy May, owner of Hiding Spot, a bar a few doors down from Club Mate, contends that the rowdy crowds negatively impact his business. The patrons of Hiding Spot are more in line with the traditional demographics of the neighborhood – white, working class residents. In response to large crowds at 2 a.m., May has begun closing his business at 1 a.m.

Neighborhood concern culminated in an early 2007 campaign to prevent Club Mate’s liquor license from being renewed. The effort was ultimately unsuccessful, with the club’s liquor license being renewed in April, 2007. During the Board of Liquor License Commissioners hearing, Huynh remarked that he would not have opened the club in that location if he knew what a headache it would be. He told the board that if the City offered to buy him out, he would take them up on it. No offers were made.

A slew of complaints about Club Mate in 2007 led to another hearing before the liquor board in April 2008. In that hearing, the liquor board decided not to renew the club’s license to serve alcohol. This decision put an end to the nightclub along with significantly reducing the value of the property. It seems that the large size of the hall at 3612 South Hanover Street has plagued its success for decades. While some businesses have had trouble attracting enough patrons to fill the space far from central Baltimore, others have overwhelmed the quiet, working-class community.

The fact that the spot at 3612 Hanover Street has been host to various venues of entertainment and revelry for over 170 years, speaks to how the traces of the past are slow to fade in some places.