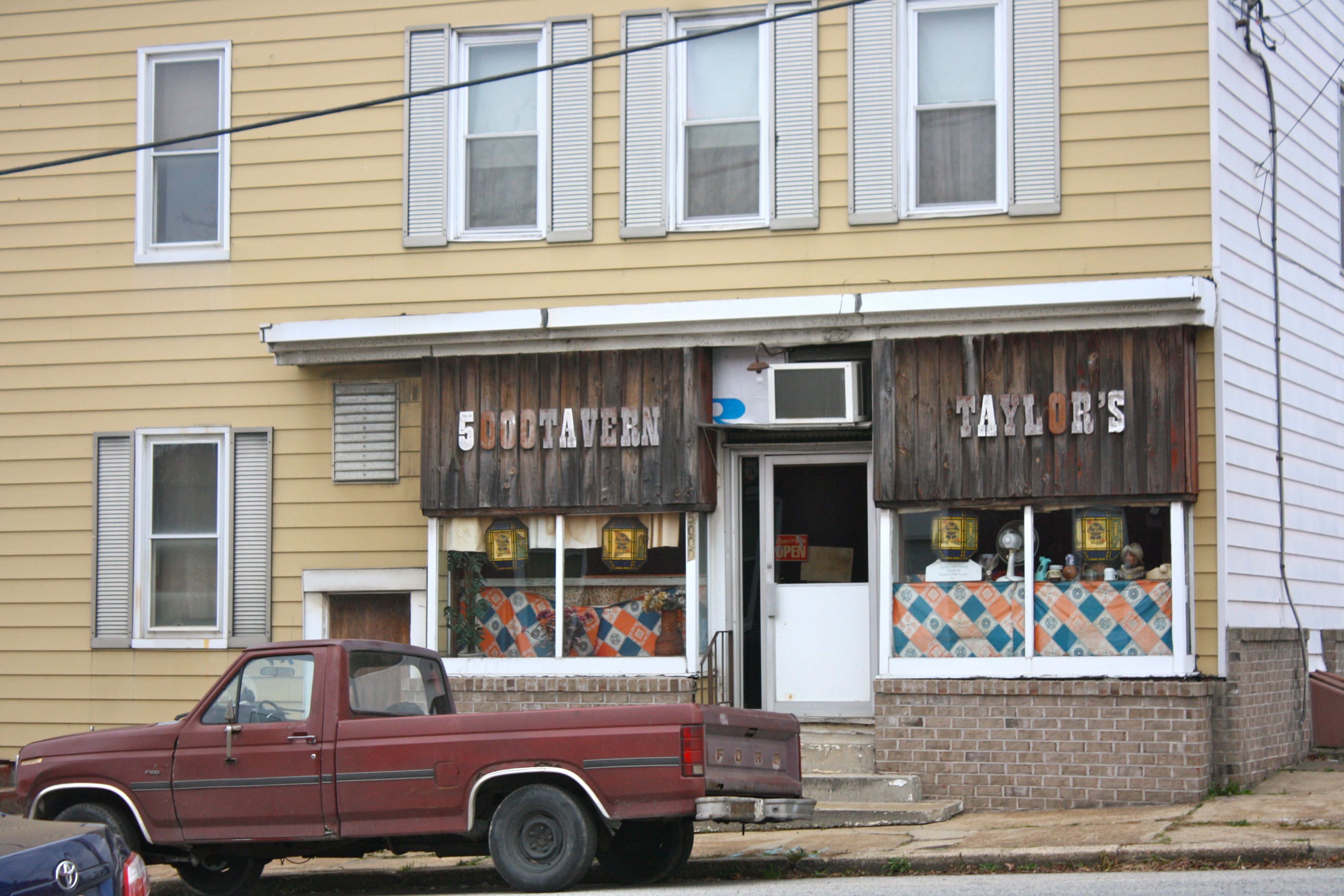 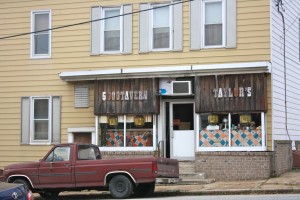 Taylor’s 5000 Tavern serves as a neighborhood bar and social anchor for Curtis Bay residents. It is a small business with a Taylor family representative holding the license since the bar opened in 1945. Taylor’s 5000 is a institution of tradition—the same ornamental paper bell hung for the grand opening in 1945 still remained “dusty and fragile but unmoved and unchanged” into the twenty-first century, according Baltimore City Paper writer Van Smith. Charlie Miller, who published 501 Bar Around Baltimore in 1986, claimed that to find a good old barroom it is best to look in the industrial neighborhoods.

Taylor’s 5000 Tavern has managed to stay out of the papers during its tenure in the Curtis Bay neighborhood, though it is located in a dicey traffic spot. A 2012 Baltimore Sun article called for clearer signage along the major thoroughfare where the tavern is located. Taylor’s 5000 is apparently a good vantage point for owner Joseph Taylor to watch cars travel the wrong direction down Pennington Avenue (At Birch Avenue, Pennington switches from two-way to one-way southbound). The only scandal associated with the 5000 Pennington Avenue address, based on liquor board records, was in 1936 when alcoholic beverages were served on Election Day—an illegal act at the time. This offense caused the bar to incur a $25 fine in addition to administration costs.

Although Taylor’s has managed keep a low profile, there are many interesting anecdotes in the bar’s history. Ann Taylor remembers putting up injured veterans on cots on the pub’s floor after the Second World War. She recalls visits from late mayor and governor Theodore McKeldin, Senator Harry McGuirk, and baseball great Mickey Mantle. She also recalls current Senator George W. Della, who represented Curtis Bay from 1983 to 2011, hanging out around Curtis Bay with her son when he was a kid. Taylor’s 5000 holds many relics of older bar culture, including a wooden poker table with shelves underneath where a mug of beer and poker chips could be held.

Taylor’s 5000 has represents the small family-run businesses that make up the heart of any neighborhood’s main streets. “I’m chief cook and bottle washer,” Taylor says in a 2001 Baltimore City Paper article. “It’s all family here—the same old place, the same old people.” The bar, which is locally famous for its fat fried-oyster sandwiches in addition to its history, stands as a symbol of the continuity in post-war Curtis Bay.