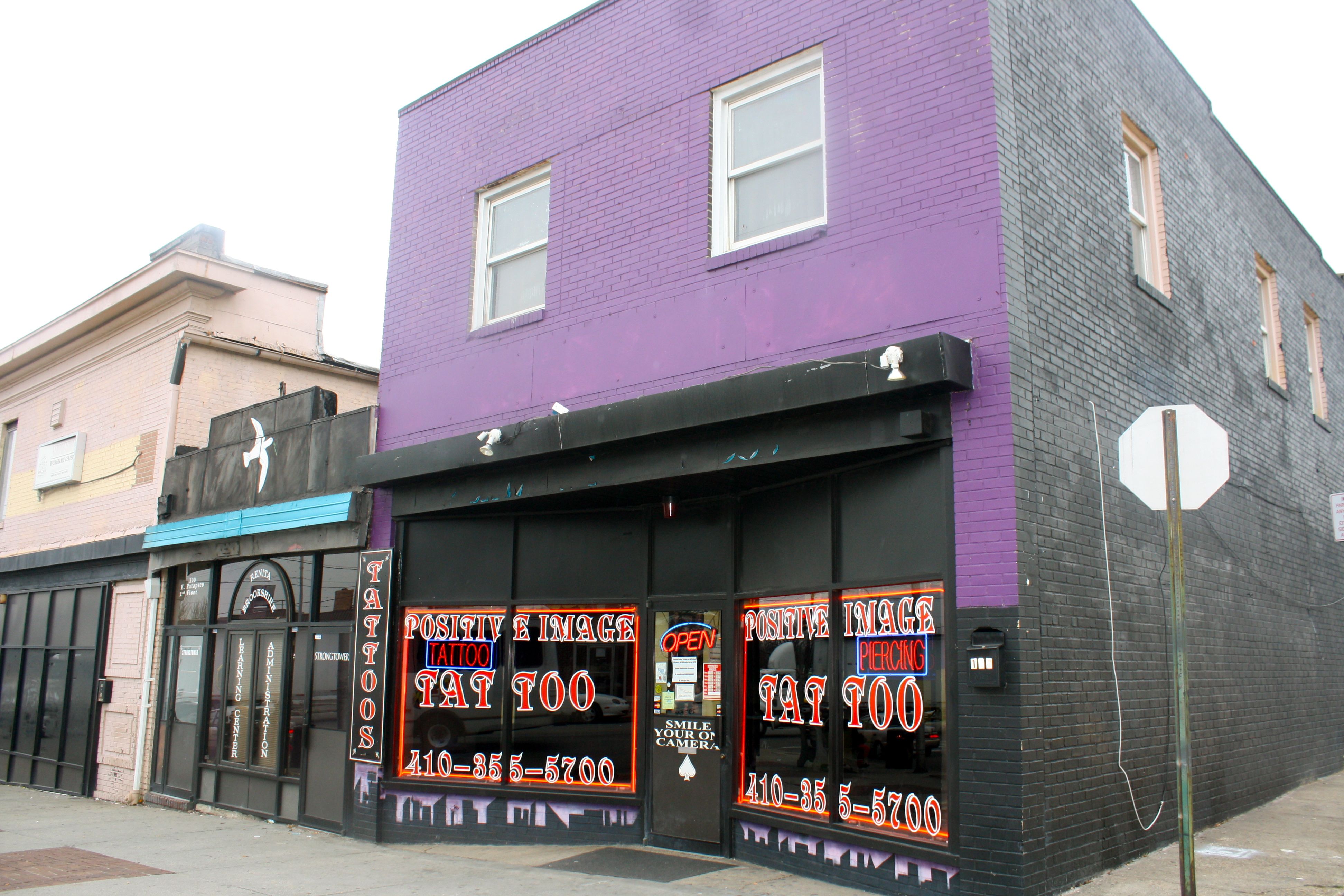 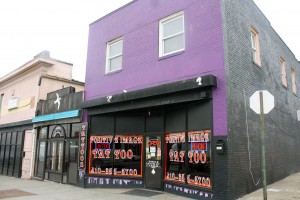 110 East Patapsco Avenue has been home to numerous Brooklyn businesses throughout the years. In the 1930s it was the Crisp & Davis real estate office and then briefly home to First Federal Savings & Loan in the early 1940s. Throughout the 1950s and 1960s Nathan L. Cheslow ran Prescription Center, a successful drug store, at the address. In the early 1970s, the Brooklyn Bicycle Shop inhabited the space for around twenty years. During the late 1990s, Church on a Rock briefly used the space. Since 2004, Positive Images Tattoos & Piercing has successfully occupied 110 Patapsco.

When Positive Images Tattoos & Piercing opened in the summer of 2004, Angelina Giardina and Eric Caves made sure it was clean, family friendly, and welcoming to anyone who came through the doors. The husband and wife team was determined to challenge the negative stereotype often attached to tattoo shops and to showcase beautiful art in their bright purple and black Brooklyn storefront.

Angelina Giardina was working as a saleswoman when she met Eric Caves, an asphalt layer who longed to get back to his real passion—the art of tattooing.  The two shared a romantic connection as well as a desire to start their own business.  “I wanted to make tattooing my life,” said Eric. “It was a lot of work to get off the ground.” Eric learned to tattoo in prison because it kept him out of gangs and other trouble because he was able to remain neutral. The art of tattooing provided a way to keep his life on the right track. Fortunately, this hardworking couple was not afraid of putting in the hard work to make their business successful.  They hired the best artists they could find, developed a stunning portfolio, and quickly became well known in Baltimore.

In March of 2011, Eric was diagnosed with leukemia. When the Brooklyn community learned of this development, the Caves-Giardina family was met with a tremendous outpouring of compassion and support. Hundreds of community members attended benefits held in his honor. Sadly, Eric Caves lost his battle with cancer in May of 2012, but Positive Images Tattoos & Piercing lives on. Artists Jason Kramer and Jen White are still serving clients at the Patapsco Avenue store, and Angelina and her family are still pillars in the tattoo community.