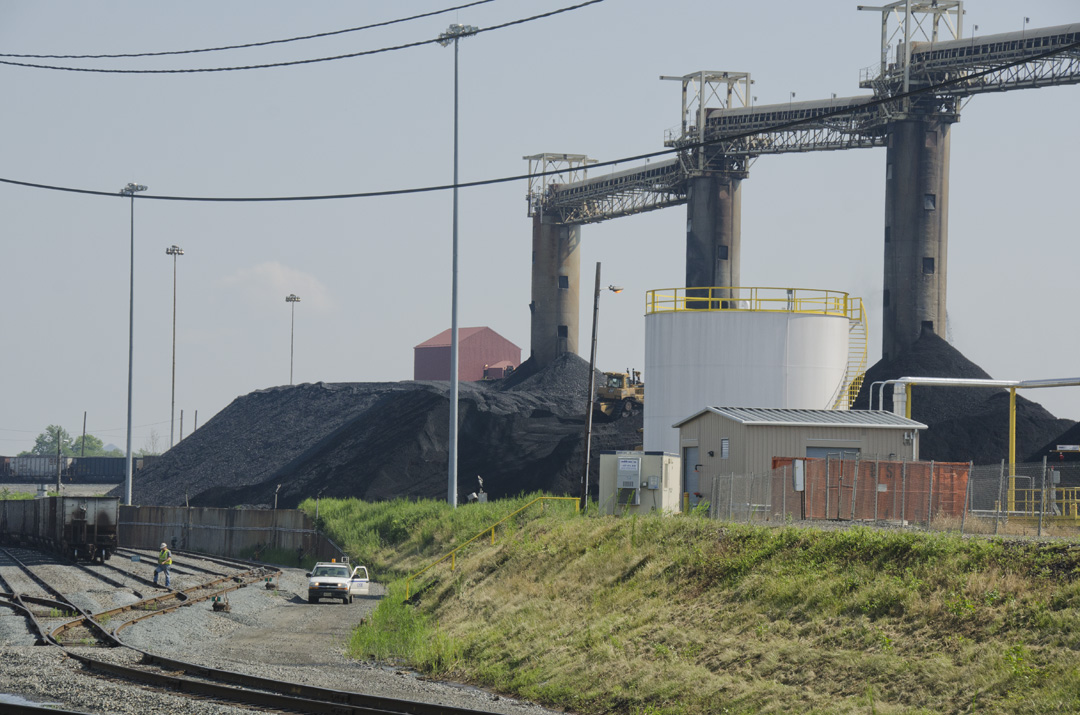 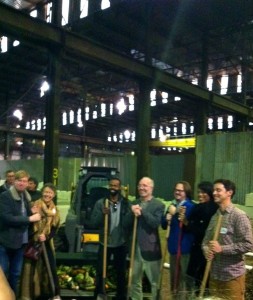 Vinnie Bevivino of Chesapeake Compost Works (far right, beside Mayor Stephanie Rawlings-Blake) with speakers and dignitaries at the grand opening in November 2012.

Chesapeake Compost Works is a benefit corporation—a hybrid of a LLC and a non-profit—housed in a section of the 54,000 square foot repurposed warehouse at the end of Curtis Avenue. This address was originally home to one of the earliest businesses in Curtis Bay—the Baltimore Car and Foundry Company, which built railroad cars. The Baltimore Car and Foundry Company also constructed the Curtis Bay Hotel, located on the 4200 block of Pennington Avenue and numerous “car shop houses.” The hotel was constructed during World War I and was often referred to as the “Pennington Hotel.”  The “car shop houses” surround the hotel at Grace, Graham, and Morrison Courts and are located between Pennington and Curtis Avenues. The Baltimore Car and Foundry Company built the houses for its workers and the hotel for visiting officials. The hotel structure and many of the original “car shop houses” still stand and are used by Curtis Bay residents of today.

4501 Curtis Avenue later became home to the Boston Metal Company and during World War II it was refashioned as the U.S. Department of Commerce Marine Warehouse, which oversaw the building of large cargo ships referred to as “Liberty Ships” for the war effort. The federal government moved out of 4501 Curtis Avenue in the late 1950s and various industries—mostly in steel, metal, plastics, and transportation—used the warehouse space. Some of these industrial businesses still share the space with Chesapeake Compost Works. 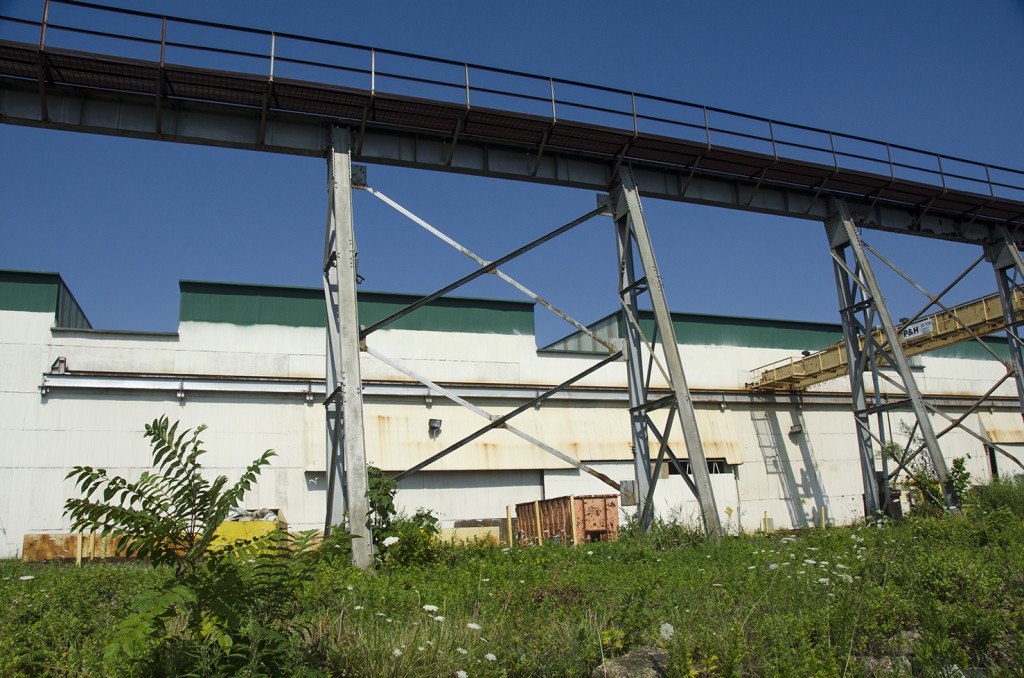 This immense building once used for the manufacture of trains, ships, and industrial materials now has a portion dedicated to the recycling of organic waste materials. Bevivino capitalizes on the cycle of growth, consumption, and disposal that naturally arises from Baltimore’s local restaurants, cafeterias, hotels, and grocery stores. When businesses purchase locally grown vegetables and meats, the waste products from food preparation and service are collected and delivered to Chesapeake Compost Works, where they are converted into nutrient rich soil. This soil is then sold to urban farmers, who will use it to grow more crops. Chesapeake Compost Works also helps preserve green space in Baltimore by keeping organic waste out of landfills and therefore preventing greenhouse gasses from entering the atmosphere, toxins from leaching into the city’s soil, and contaminants out of the Chesapeake Bay. 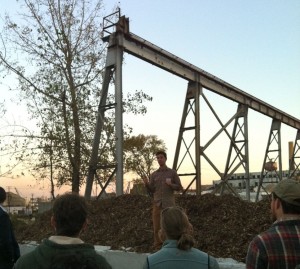 Vinnie Bevivino talking to the crowd outside of the 4501 Curtis Avenue space.

So far, Chesapeake Compost Works has three employees, Bevivino, Adam Schwartz, and the Julius, a recent graduate of Benjamin Franklin High School in Curtis Bay. Bevivino plans to hire more employees from the local community in the upcoming year. He anticipates that compost will be ready for purchase in early 2013, and looks forward to working with local businesses and residents to make Baltimore and Curtis Bay greener places.

The Chesapeake Compost Works website has a commitment to the Curtis Bay community: “We are excited to be in Curtis Bay, a neighborhood in Baltimore City. Both the neighborhood and the city are looking for clean, sustainable alternatives to the pollution often found in industrial areas. Chesapeake Compost Works is proud to be an example of green industry, creating jobs without sacrificing the health of our neighbors.”

Chesapeake Compost Works is an exciting new business in the industrial section of Curtis Bay that blends the long-standing philosophy of hard work and entrepreneurship of the neighborhood’s past with a vision for a greener city in the future. 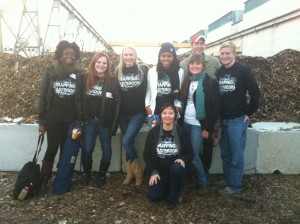 Prof. King and her AMST 422 students at the grand opening of Chesapeake Compost Works.

Professor King and her students were lucky enough to attend the grand opening of Chesapeake Compost Works during the Fall 2012 semester. Speakers included: