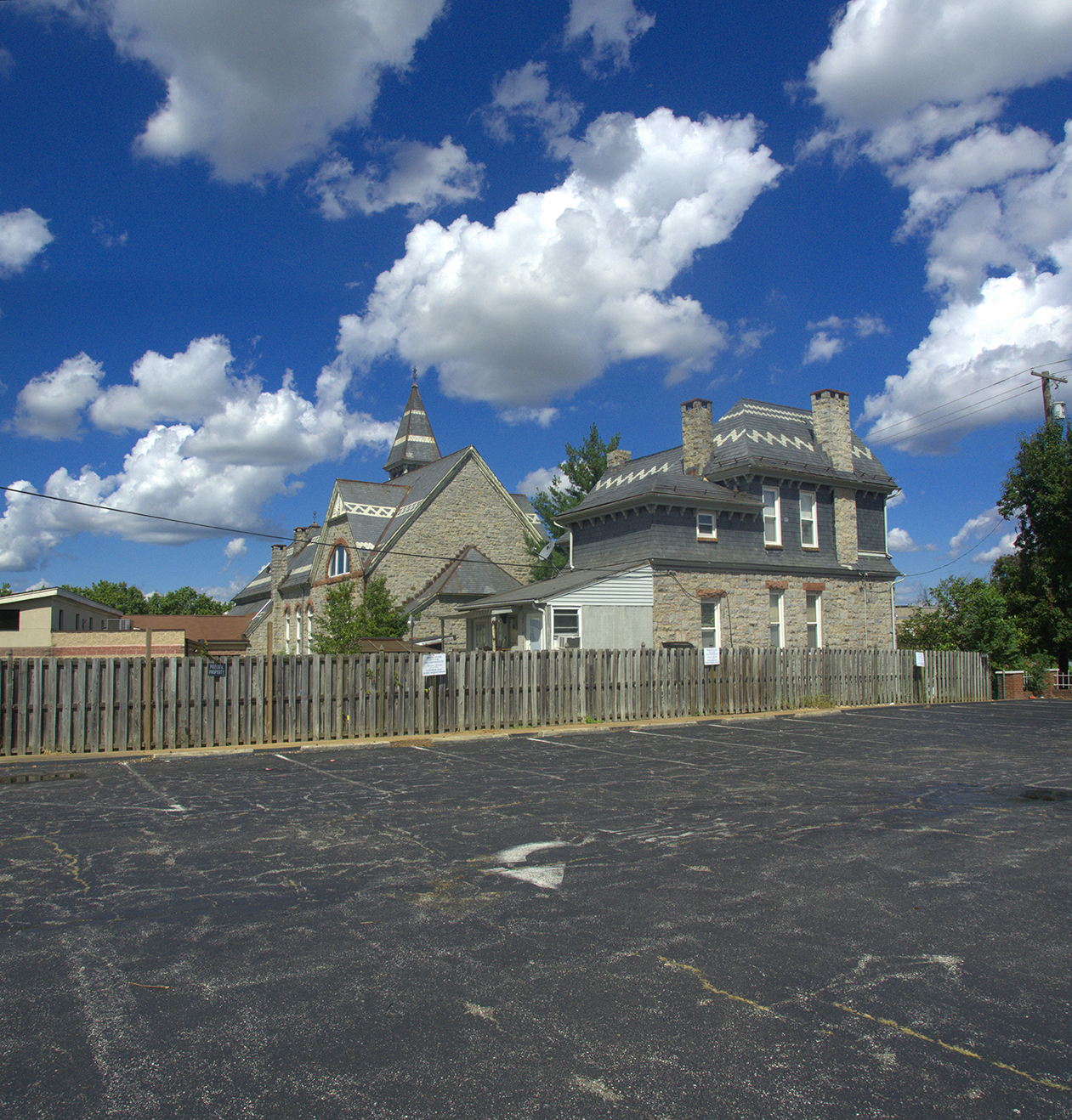 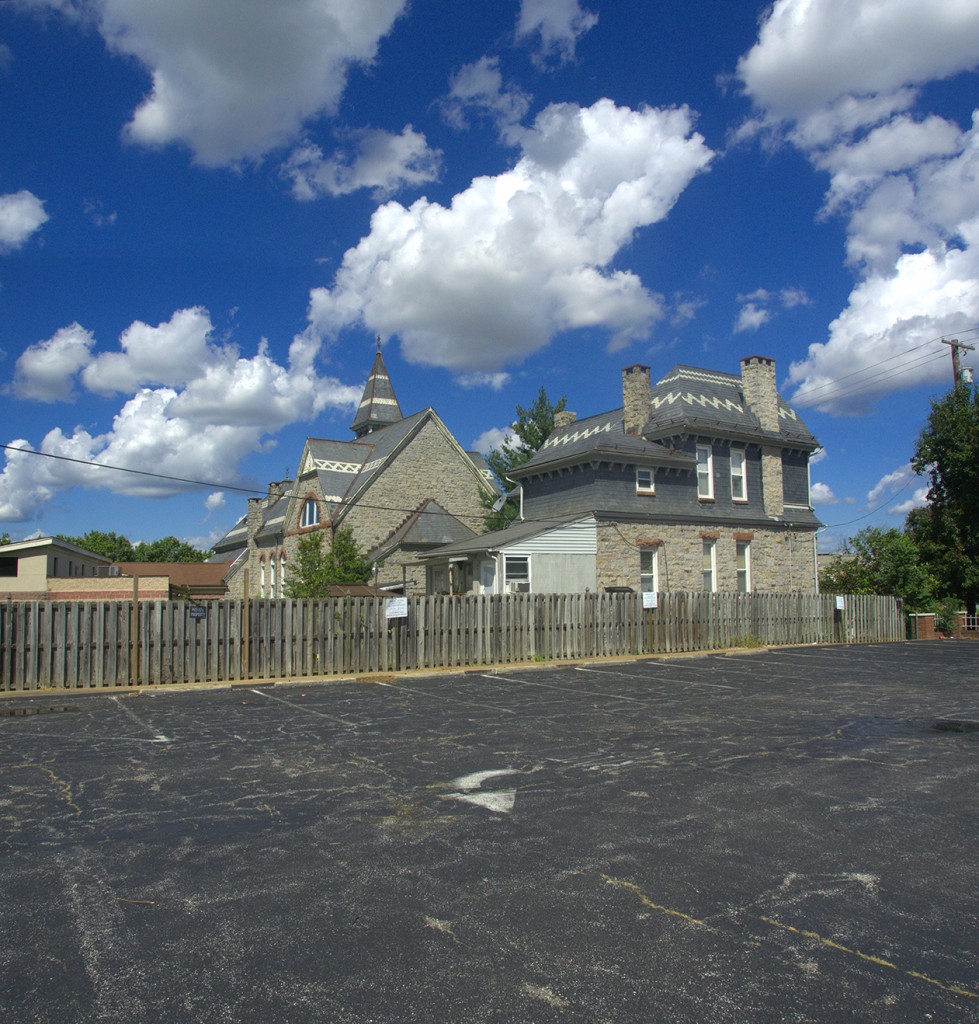 Back side of the CCYD. Stephen Bradley 2013

A great organization possesses a stable foundation. If this is true, does the foundation need to be present before the organization can develop upon it? Does it even have to be a physical foundation grounded in a space? In the case of the Chesapeake Center for Youth Development, the stable foundation that has carried this organization for nearly forty years has been the dedication of the men and women who have established their careers educating and counseling the disadvantaged youth of a community.

The Chesapeake Center for Youth Development, familiarly known as CCYD, is a social service organization located at 301 East Patapsco Avenue in Brooklyn of Baltimore, Maryland. Ivan Leshinsky is the current executive director and has been affiliated with the organization for almost as long as it has been in operation. The current location of CCYD, historically known as the Crisp Memorial Church, was constructed in 1887 and had been well used for Presbyterian congregations for decades. Richard O. Crisp lived in Brooklyn as a farmer and an elder of the Central Presbyterian Church of Baltimore. Crisp wrote in his will that upon his death the sale of his farm would be used to fund the Crisp Memorial Church in Brooklyn. For many years this Brooklyn parish flourished. However, due to dwindling membership and financial problems, the church held its final service in February of 1974. In the 1970s, Nelson Neuman, whose family ran the Abbey Drum Company in Fairfield, owned the church and wanted to sell. Neuman instead leased the old church building to CCYD in 1978, but held onto the mortgage for the benefit of the organization. The mortgage payments CCYD made did not exceed what they were paying for rent. By the late-1980s Neuman felt that CCYD had paid him enough money and deeded the building to the non-profit organization.

By the 1990s, CCYD owned the Old Crisp Memorial church free and clear. Because of hard financial times however, a mortgage had to be taken out on the building in the late-1990s for structural improvements. From 1992 until about 2008, CCYD built an addition to the Chesapeake Center. Although it had been in need of renovation since the 1950’s when the church had fallen into disuse, Leshinsky believed that there was still potential for the future of the historic building. The same could be said of the inspiring students who successfully graduate from CCYD every year.

CCYD, according to its website, “provides caring and comprehensive services, offers essential youth development opportunities and an innovative learning facility that sets high standards of success and achievement for disadvantaged youth.” Through the best and the worst of times, commitment and inspiring leadership are crucial for an organization’s mission to realize lasting success.

CCYD was founded in 1974 in Annapolis, Maryland as a center for special education. At the time, the organization was called the Chesapeake Foundation for Human Development. For the sake of clarity, the board of directors later changed the name to the Chesapeake Center for Youth Development. Between 1974 and 1978, the organization moved its way through many different locations. According to Leshinsky, who began in 1974 at CCYD as a physical education teacher and a counselor, the organization was like “a roving band of gypsies because we didn’t have our own home.” They would rent out Sunday school rooms of churches that were not being used during the week to hold their classes. Every time CCYD moved, they would pack up the whole school, the staff, and the students in U-Haul trucks as they travelled from Annapolis, Crownsville, Linthicum, Lansdowne, and finally to Brooklyn where they have been for over thirty years. Leshinsky joked, “I think we went through most of the denominations in Anne Arundel County.” Wherever CCYD was located, there were always local youth in need of their services.

As CCYD moved and expanded, students were able to follow the organization since the programs served a wide area. Leshinsky attests, “We might have been in Annapolis, but we were serving students all the way from Brooklyn Park to South County.” As CCYD moved north through Linthicum, the organization began to serve many students from Baltimore City as well as Anne Arundel County including a significant number from Baybrook itself. For the past twelve years, CCYD ran after-school programs sometimes serving 100 neighborhood students per year out of community buildings such as the Farring-Baybrook Recreation Center, the Chesapeake Center (home of CCYD), and the recently opened Benjamin Franklin High School @ Masonville Cove. Kids from areas where crime was high and education was not always a top priority had the opportunity to receive the support and guidance of CCYD.

CCYD was encouraged to develop its services in alternative education when the 1974 Education for the Handicap Act passed, which required public schools to provide appropriate educational opportunities to disabled students. The programs at CCYD today offer a range of support from education, to counseling, to work skills and job training for 250 to 300 students a year. CCYD utilizes the opportunities provided by the surrounding community because it strongly advocates community-based programs where the students live, learn and ultimately will work. The students may be of the “credit recovery program,” meaning that they are going back to school in order to earn the credits they need to achieve a GED. The students also may have been “court involved youth,” where they got in trouble with the law along the way and juvenile services referred them to CCYD. The young people benefit when they take advantage of a multi-purpose youth center as an alternative to facing incarceration. There are various job-training programs that train students for employment in food service, building trades, and environmental preservation programs.

One memorable period in the history of CCYD was the operation of the Hollywood Diner located on 400 East Saratoga Street in Baltimore City. The restaurant was made famous by the Barry Levinson movie Diner (1982). Under contract, CCYD took over the training program at the diner from the Department of Juvenile Services in January 1991. CCYD reopened the business as the “The Hollywood Diner.” A story the people of CCYD love to tell concerns when former Baltimore Mayor Kurt Schmoke appeared on the Jay Leno Show, which aired December 11th, 1998. On the show, Mayor Schmoke listed the “Top Ten Reasons Why Baltimore is Better Than L.A.” The number six reason was because “We have the whole Hollywood Diner. You have just the Hollywood Bowl.” Even after many years of hard work, the diner still struggled financially and finally CCYD terminated its lease in 2011. Although the diner is now owned by the City of Baltimore, it successfully served its vocational purpose to train and educate the students of CCYD in the job field.

Some of the successful programs that are currently in operation at CCYD are The Chesapeake Alternative School, Workforce Development, CHANGZ After School Program, and The Clinical Social Work and Counseling Program that includes the Juvenile Intervention Family Independence Program (JIFI). In times of financial difficulty, certain program funds are liable to be minimized, altered, or even cut out completely. According to Leshinsky, after-school programs are often cut when budgets get tight. When referring to the programs that have been the most successful, Leshinsky will admit, “usually you can pretty much say that anything that survives has been successful.” Programs must be granted funding and a lot of time and effort goes towards making them successful due to important outcome expectations that must be fulfilled. It’s very challenging to sustain programs and services when the people who need them the most can least afford to pay for them. The programs that have lasted ten or twenty years are viewed as valuable by government agencies who fund them and by the families who choose to take part in them.

CCYD stands as a landmark in the Baltimore Baybrook community, not just because of its physical history, but as a reminder that those who fall behind in life still have hope to improve their situations and that there are opportunities for everyone to involve themselves in improving their community. When asked what has kept CCYD alive after all of these years, Leshinsky responds, “Stability has its benefits.” In addition, having a committed executive director who is willing to serve for decades is a huge asset. Leshinsky accepted the position as executive director in the 1980s when the former director resigned after realizing the organization was at a financial low.  Leshinsky admits, “You’ve got to find innovative committed people who are going to work at these jobs and stick with the organization through its ups and downs… At CCYD, our most important resources are the people who are working here, and we couldn’t carry on without them.”

A strong and valuable non-profit organization cannot be measured by its financial profitability alone. The endurance of CCYD can be credited to the hard-working students who desire to enrich their lives, the center on which the organization is established, the surrounding community that provides fundamental support, and, most importantly, the staff and volunteers who willingly and patiently give of themselves to make the mission of CCYD a true success.