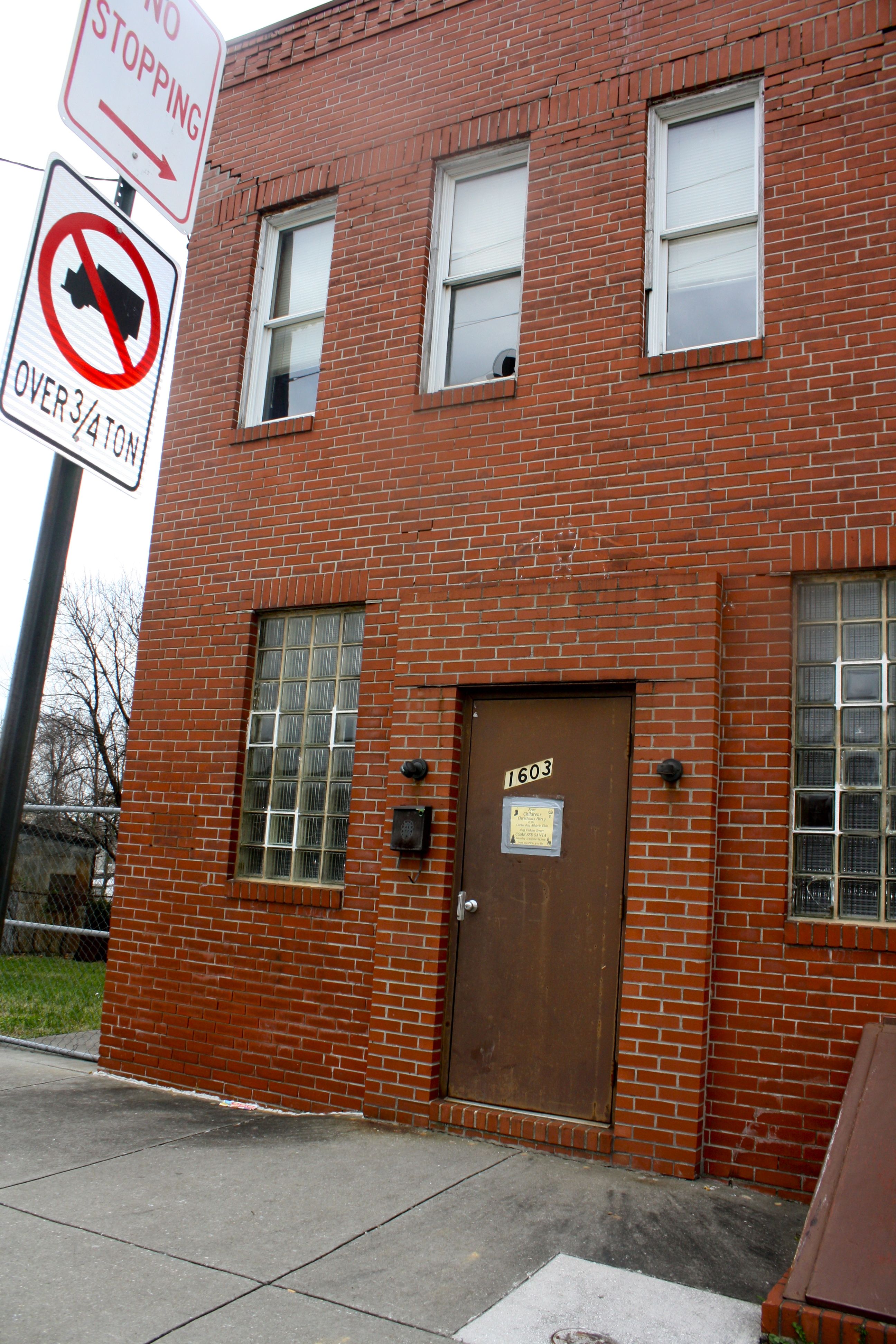 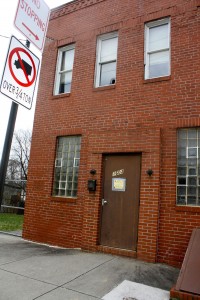 What marks a community? Is it parks and monuments? Churches and schools? Or the style of housing that adorns each side street? To the outsider or tourist, these landmarks may define what a specific area of land is known for and should be know by. But to the seasoned local or the longtime resident, the mark of a community is not any tower or monument. The mark of a community is found in the place where neighbors come together to laugh and to cry, where stories are told, and long days at factories turn into long nights winding down over cold beer; the neighborhood bar.

Curtis Bay, Maryland has had its fair share of neighborhood bars, fire halls, social clubs and community centers but one of the few that has stood the test of time to remain operational to this day is the Curtis Bay Athletic Club. The CBAC stands at 1603 Ceddox Street, just off Pennington Avenue in the south end of Curtis Bay, flanked by row homes in all directions.

The CBAC began like many great American organizations, with sports. From 1931 to 1936 a group of young men from Curtis Bay got together every weekend to play amateur football for the Curtis Bay Cardinals. In 1937, the group decided to team up with their neighbors in Brooklyn to play for the sponsored “Try Me Soda” club. However, like many alliances formed on the field of play, this one was short lived.

Just one year later, on September 23, 1938 that same group of young men met at the 5000 Barroom and decided to formally create an independent club for Curtis Bay. It was on this date that the organization elected its first Board of Directors: Charles Nemecek (President), Edward Rutkowski (Vice President), Razz Guilfoy (Financial Secretary), Joe Lentz (Treasurer), Frank Zapotosky (Business Manager), and Andy Joran (Assistant Business Manager).

Dubbed the “5000 club” and operating out of 4901 Pennington Avenue, they traveled around to the local businesses, the grocers, the tailors, the confectionaries, and the theater, seeking sponsors to form this new independent organization and purchase uniforms. With what little money they had, the group rented out the basement of Joe Maculuso’s barber shop at 4609 Pennington Avenue at the rate of $10 per month (no small fare at that time) and formed the Curtis Bay Athletic Association. While it would not be until April 26, 1941 that the organization officially became incorporated as the Curtis Bay Athletic Club, the late-1930s can be viewed as the time at which the CBAC was truly born.

The club was on a successful run, growing in membership and enjoying victory on the football field (winning the city title in 1938, ’39 and ’41) when, from the waters of Pearl Harbor, the United States entered World War II. At the start of the war, the CBAC had forty-eight members. Of that membership, forty-four fought in the United States armed forces during the conflict. Razz Guilfoy, Andy Joran, Charles Nemecek and Frank Zapotosky were the four members of the club who stayed behind in Curtis Bay. The four kept the club’s operations running throughout the war, with the help of Joe Maculuso who gave the CBAC free rent during the conflict. Maculuso wanted the soldiers to have, “a place to gather when they come home on furlough, or the war ends.”

The war eventually did end but not before taking two of the CBAC’s original members with it. Soldiers returned home hoping to start up again and looking for something to do. For many in Curtis Bay, that meant getting back to the beloved CBAC. Milton Brager joined the club in 1946, while still on a naval vessel returning from the South Pacific, having had his brother submit an application on his behalf. Like his brother and nearly all members of the CBAC at that time, the driving attraction for Brager was the sports. Brager recalls that sports teams were, “the only thing” when it came to the club and that, “when we say athletic club, it was a true athletic club.” Brager donned CBAC jersey number 44 to represent the club on the football, baseball, and softball fields.

The CBAC quickly became a focal point of community spirit, thanks in large part to its constant success on the football field. It is said that Curtis Bay became a ghost town whenever the CBAC played away and the team captured city titles in 1946, ’47 and ’48. “They played like professionals,” remarked Brager, recalling the athleticism and agility the team brought to Davidson field (now the beltway near the Coast Guard station) every weekend. In addition, the club sponsored junior teams in football, baseball, softball, and basketball, with the 16-18 year old football team taking the city championship in 1947 and 1948.

In 1949, the CBAC purchased the residence where it still stands today at 1603 Ceddox Street. The complex is comprised of two row homes that have been converted into one building. 1603 Ceddox featured a large kitchen and abundant bar space, making it the perfect home for the thriving CBAC. This time also marks a turning point in the club’s history. In 1950 the city’s amateur football league switched to a more modern “T-Formation” game and the CBAC simply didn’t have the talent to compete. Coupled with the quick rise in popularity of the Baltimore Colts, this sealed the fate for amateur football in Curtis Bay and the team took the field for the last time in 1954. Most of the club’s sponsored sports followed suit and by the 1980’s softball became the final sport to hang up the jersey.

The CBAC’s final real estate ventures began in late-1969 when it purchased shore property at the end of Fort Smallwood Road in Pasadena and then expanded in 1973 when the organization purchased the 45 acres running back from the shore. Today, this property has its own bar and several small trailers that are used as a summer get away by many members.

Over the years, the CBAC has had its fair share of members. Some still reside in Curtis Bay and some remain part of the club but have migrated south into Anne Arundel County or north into other parts of Baltimore City. As with many social clubs of this sort, the CBAC has hosted a number of elected officials as members, including current District 32 Delegate Ted Sophocleus. In addition, former Baltimore City Councilmen John A. Rutkowski and William J. Myers who both represented city’s 6th district and former Delegate Charles W. Kolodziejski of northern Anne Arundel County’s 31st district have all called the CBAC home.

Throughout the club’s history, the most central part of its operation seems to be simple, allowing its members to have a good time. In fact, Mr. Brager recalls that one of the main reasons he did not like nightshift work was that he could see the lights on at the Polish Home Hall during a CBAC dance and knew that the club members were having a good time without him. Many events at the CBAC itself and its shore property are private and open to members only, but archives from the Baltimore Sun note that on several occasions the club put on public parties as fundraisers. Before the club had fully cultivated its shore property these parties were held at many different halls across the region, including the Polish Home Hall, the Stony Creek Democratic Club, the Roland Terrace Democratic Club, Brooklyn Boosters, and the Early Heights Fire Hall.  The Stony Creek Democratic Club played host to events such as the CBAC Softball Team Dance which included beer and dancing to the music of “Happy Daze” for only $10 and the “Saturday Night Party” (which actually ended at 1AM Sunday morning), which boasted beer, whisky sours, and a buffet, again for just $10. Dances traditionally featured big band music and a raffle prize was often coal to heat your home, but as the younger crowd began to rise in the ranks of the CBAC the music switched to rock and roll.  The CBAC also put on moonlight cruises down the Chesapeake from the Inner Harbor aboard the Bay Belle.

Members of the CBAC even displayed their bartending skills downtown at the “World’s Largest Office” party, which took place in December of 1986 at the Baltimore Hyatt, and featured CBAC bartenders Richard Michocki and Tom Caulk, who both “entertained many of the party goers from behind the bar.” The Baltimore Sun notes that Michocki was known at this time as the unofficial “Mayor of Curtis Bay,” a title that undoubtedly had something to do with his notoriety from the CBAC. Sadly, however, the days of dances and moonlight cruises have come to an end. Currently, the CBAC only hosts monthly shore parties for $20 and an annual crab feast or bull and oyster roast for $40.

Today, the CBAC continues to be the perfect place to sit and talk to old friends or take in a Baltimore sporting event, just as I did when I met up with a few life-long CBAC members to watch the Orioles trump the Rangers in this year’s American League Wild Card game. In fact, every Thursday night fourteen or fifteen CBAC regulars still file into Ceddox Street to discuss old Curtis Bay, the factories that once dotted the waterfront, and the midnight departure of the Colts.

But today the club’s future unfortunately remains uncertain. Two critical events, the end of club-sponsored sports and the purchase of the shore property in Pasadena, changed the organization from what it once was. When the CBAC acquired its shore property it had to open its doors to members outside of Curtis Bay in order to remain financially stable. This brought in a new generation of members to the club, a generation that held little favor for sponsoring sports teams or hosting community events. “It’s more of a social or pleasure club now,” reported Brager, “but I wish it would go back to sports.” Today, due in large measure to the death of many original members beginning in the 1970s, of the 120 club members only 30 are originally from Curtis Bay, making it, according to Brager, “the Curtis Bay Athletic Club in name only.”

While this may seem just an issue of friction between generations, it presents some very real consequences on the horizon. Citing lack of profitability from the Ceddox Street bar, this December the club will vote for the third time on closing the building down. As Brager grimly foresees, “I think it’s not Curtis Bay anymore. I really believe that within ten years it won’t be the Curtis Bay Athletic Club. I think they’re gonna end up losing the place down there [Ceddox Street]. I think. I hope not.” Brager recalled that the CBAC was once a family organization, comprised of brothers, nephews, and cousins of the founding members. That it was a source of camaraderie, a place where, “the guys all got along well, the wives were all friendly to each other and most people have been friends for years…. strictly a good athletic club, [with] good members, good kids, good guys.” How long that rings true of the CBAC will remain to be seen.

In the final resolve, I found it interesting to note that this club is not simply a place where South Baltimoreans gathered to drink beer or talk about closing factories or polluted ports. It’s a part of its members, a part of their stories and, just as the Baltimore Sun reported for Casimer Niec and Charles C. Zaruba, Sr. upon their passing, it’s the kind of place you note in a eulogy. As Brager noted in his final analysis, “we all drifted away from each other and Curtis Bay. Except for the club. That part’s still good.”