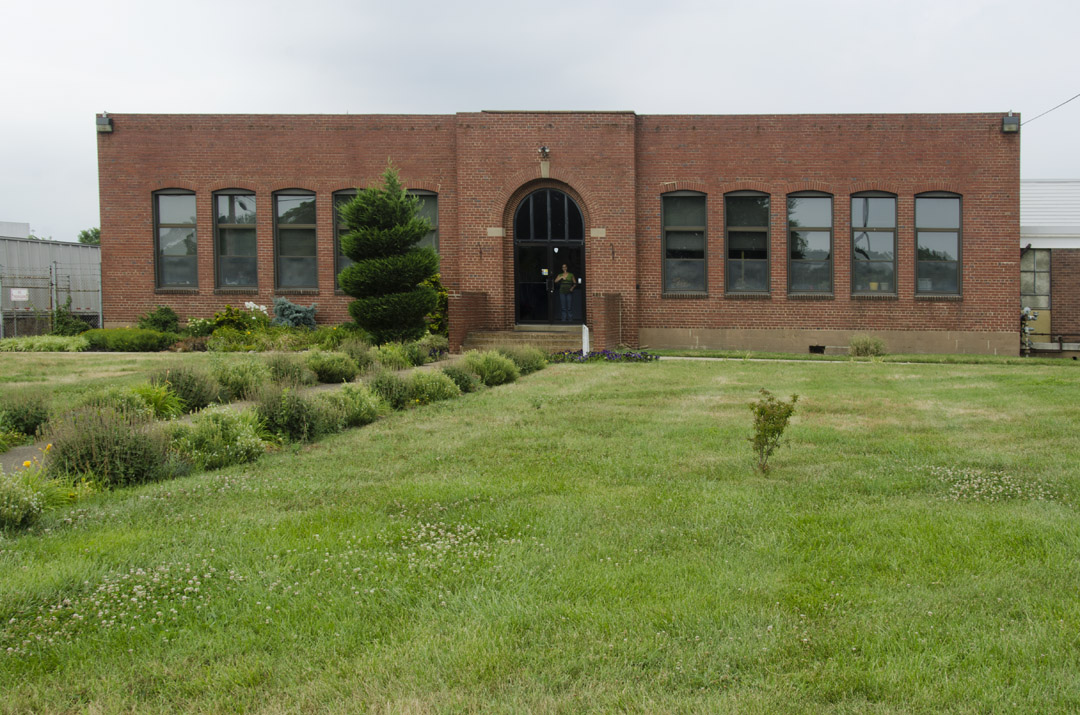 In 1943, the federal government established Victory Elementary School. The school’s story reflects the changing racial demographics on the industrial peninsula during the twentieth century.

Originally, Victory Elementary was established for the white children of servicemen and wartime workers residing in Fairfield Homes. With the rise of the war-industrial complex, the U.S. Government had built two (segregated) public housing complexes on the industrial peninsula in the early-1940s—the massive Fairfield Homes for whites and the smaller Banneker Homes for African Americans.

In 1953, Fairfield Homes, now city-owned public housing, began the shift from serving whites to blacks (public housing and education in Baltimore were still primarily segregated).[i] With the shift in demographic in the neighboring public housing complex, Victory Elementary School began to serve African American children. In 1962, the school gained a large addition; however, it was designed so that it could be converted into an industrial plant and constructed of cheap materials. The 1970 US Census shows that the population of Fairfield was 99.5 percent black with 1,445 residents (1,157 people in Fairfield Homes public housing and 288 in the Old Fairfield residential area). The school was a community center for the residents of Fairfield. In 1970, Victory Elementary was given a grant to establish a successful Early Childhood Center for three year olds.

Today, the Abbey Drum Company, a business that supplies a variety of shipping containers for hazardous and non-hazardous products, occupies the space at 1440 Chesapeake Avenue that once was the Victory Elementary School.

[i] American Civil Liberties Union (ACLU), “Brief on the racial shift of Fairfield Homes,” CHAP files on Fairfield, 1952. Copy in author’s possession. The ACLU was in favor of the shift.

[ii] Fred Barbash, “Busing Perpetuates Segregation in 2 South Baltimore schools,” Baltimore Sun, May 31, 1972; Fred Barbash, “City Busing is Believed to be Illegal,” Baltimore Sun, June 1, 1972. Before Victory became an all-black school, African Americans attended a small school in Fairfield simply referred to as #154. John Jeffries discusses the long legacy of racist busing practices extending back to the days of school #154: “My mother had a first cousin that lived in Hawkin’s Point, Joseph Hall. By Hawkin’s Point being still in the city they were bused from Hawkin’s Point to Fairfield. So all the young people in Hawkin’s Point went to school in Fairfield. They had a bus that use to transport the white children to Brooklyn and Curtis Bay and the children in Fairfield was always last to be picked up and taken home. Sometimes, some of us would be out at home doing our chores around home, and some of them would still be waiting for the bus to come pick them up. So like I said, it wasn’t too easy for us down there.” John Jeffries, interviewed by the author, June 7, 2011.

[iii] “And Now? Integration Applauded at Victory,” Baltimore Sun, March 27, 1976. In 1975, Victory Elementary was the poorest school in Maryland with a median family income of $2,703 but performed above expectations in language and math. Mike Bowler, “Status, Wealth Linked to School Achievement,” Baltimore Sun, January 30, 1975.