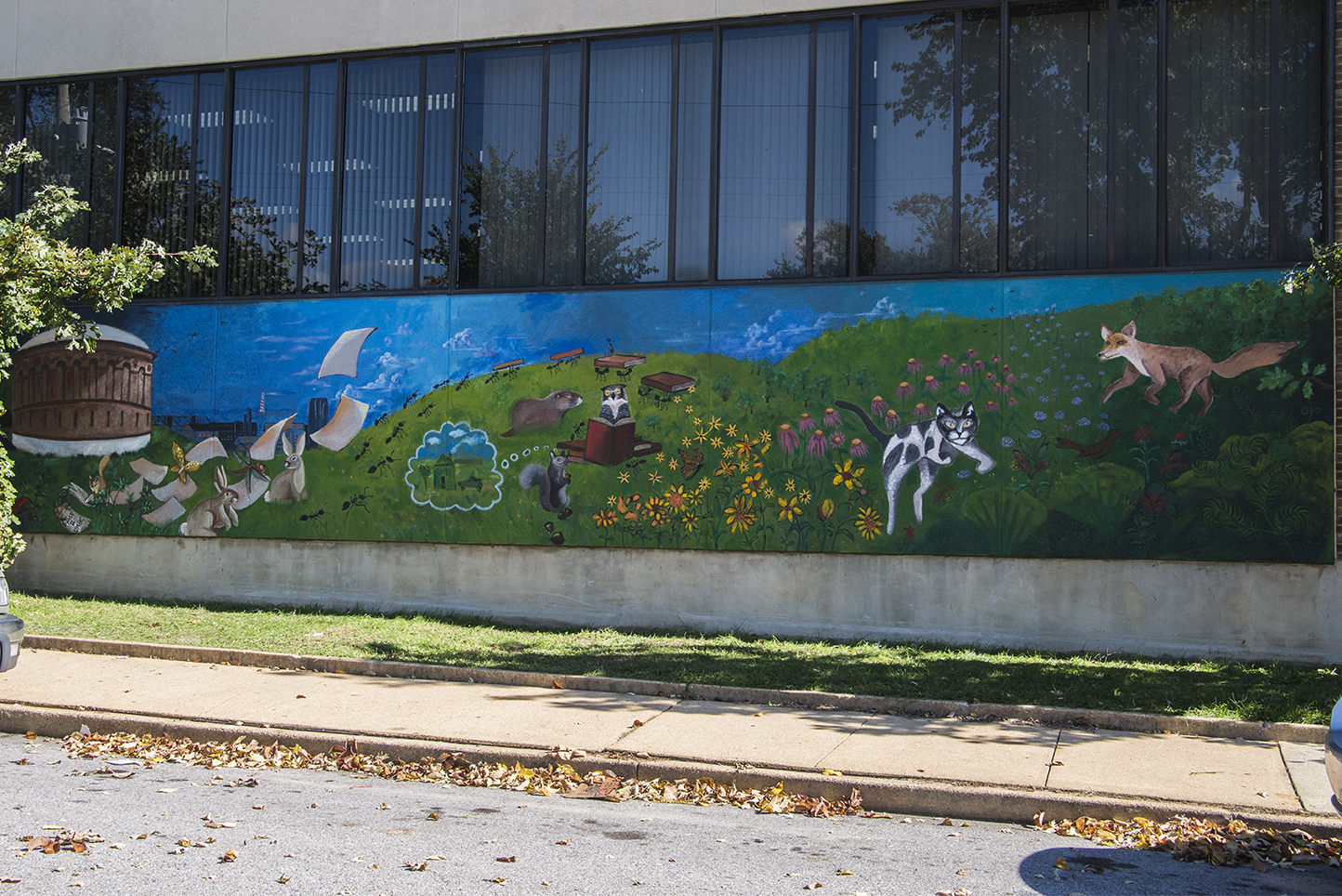 The following Imaging Research Center Fellows, UMBC art students participated in the mural project; Natalie Yoshioka, Brian Dillon, Gionatan Tecle, Mai Huynh, Marianna Faradzheva,Carmella Pombuena, Zoe Gensheimer (graduated but continued to work with us) and Pınar Idil Yakut (she is currently an MFA IMDA student). The project began as part of an assignment in the IRC Fellows course taught in the Spring 2014.  To complete the project the students agreed to continue to work on the first phase of the mural past the semester into June.  In September the students began working on the second phase of the mural outside of the traditional class time as volunteers. 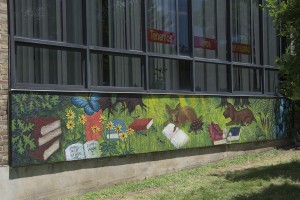 The mural project covers three walls on the Brooklyn Enoch Pratt Free Library.   Two smaller murals frame the entrance of the library and a larger wall that spans approximately 40 feet located on the west side of the building.   The Friends of the Enoch Pratt Free Library funded the mural and the executive director of the library approved the final design.  Natalie Yoshioka was the lead art student in the project who directed the over all design of the mural and managed the student and community participants.  Benjamin Franklin High School students and a number of community members over the past six months have participated on the design and the execution of the mural.  The project was completed in October 2014. 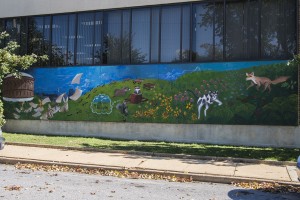