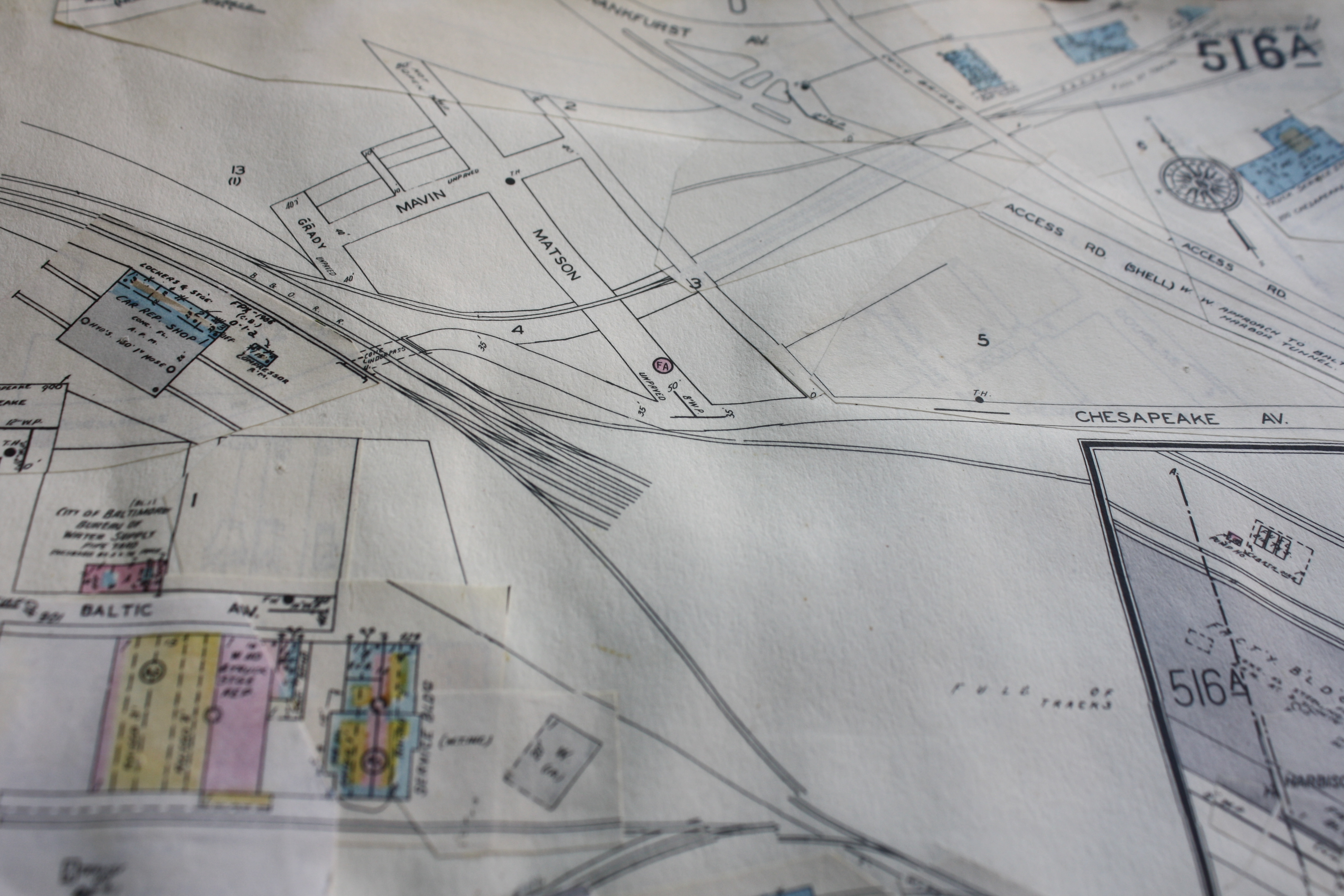 Masonville, essentially a small railroad town, developed after 1882 when the B&O came to town. James D. Mason, the namesake of the neighborhood, was a prominent Baltimore businessman. He owned a successful cake and cracker business located on Stiles and President Streets in the east part of downtown. Mason’s residential development follows the trend of center city elite speculating in the untapped hinterlands of Baybrook, once better transportation networks developed in the late nineteenth century. Yet these speculative endeavors often produced strong working-class neighborhoods and a sense of community for newly arrived immigrants.

Masonville was a tight-knit neighborhood of white ethnic immigrants (primarily German) who labored in local factories and for the railroad. Most families were related by blood or marriage. There were fifty-two houses (mostly two story, three bedroom clapboard structures) and three streets in Masonville—Matson, Marvin, and Holly (listed on some maps as Hollins). The memories of Masonville have been researched and recorded by Horton McCormick, who was born in Masonville in 1929. Visit McCormick’s website for more information on the neighborhood’s history.

McCormick recalls playing on the sand piles of the Arundel Sand and Gravel Company by the water of the Masonville Cove as a young boy where natural and industrial space mingled together as a playground for the local youth:” We would spend a lot of time down in the woods or at the cove. We would fish. We would crab. We would hunt and swim. And one of the kinda funny things about it was that there was a Brooklyn Chemical Company up on 9th Street close to Patapsco Avenue that would discharge some of their chemicals into the storm drain and the storm drain would eventually end up down in the Masonville Cove. And there were traces of copper on the bottom of the river. And for those who had blond hair and would go swimming they would come out and their hair would be chartreuse.[i]

Catherine Benicewicz, who has lived her entire life in Curtis Bay, recalls Masonville Cove, “That was our Miami Beach… They had a sand and gravel nearby. So we got this white sand. You gotta be careful because there’d be a drop, you know. But all kinds of people from Brooklyn and Curtis Bay would walk over there in the summer time. And have their, you know have your bathing suit on under your clothes.”[ii] Residents took advantage of the industrial manipulations of nature going on in the area to create communal spaces for recreation.

Like many Masonville boys, McCormick joined the Air Force to fight in the Korean War in 1951. Little did he know that when he left it would be the last time he would see Masonville. The small neighborhood was torn down in 1952 to accommodate the expansion of the B&O railroad. Even as the keeper of the historical memory of the lost neighborhood of Masonville, McCormick is not overly romantic about where he grew up. When I asked, “How did that feel, going off to fight in a war? Then, when you come back the community you grew up in is gone.” McCormick replied, “Well, Masonville was nice, we had a good time there but the people… as soon as they got of age, they normally left to Brooklyn and better things. So it wasn’t a big thing. I only came to really appreciate Masonville as I got older and I started telling about it and hearing the stories.” However, when McCormick went to visit his good friend Bill Johnson in a nursing home right before Johnson died, he asked his friend, “Bill, if you had one thing to live over, what would it be?” Bill Johnson replied, “I’d like to have one more week in Masonville.”[iii]

At the recently built Masonville Cove Environmental Education Center off of Frankfurst Avenue local school children learn about the natural environmental of the Cove. But if they look to their left once they enter the “green building,” there is a plague with articles on the history of the Masonville neighborhood donated by Horton McCormick.