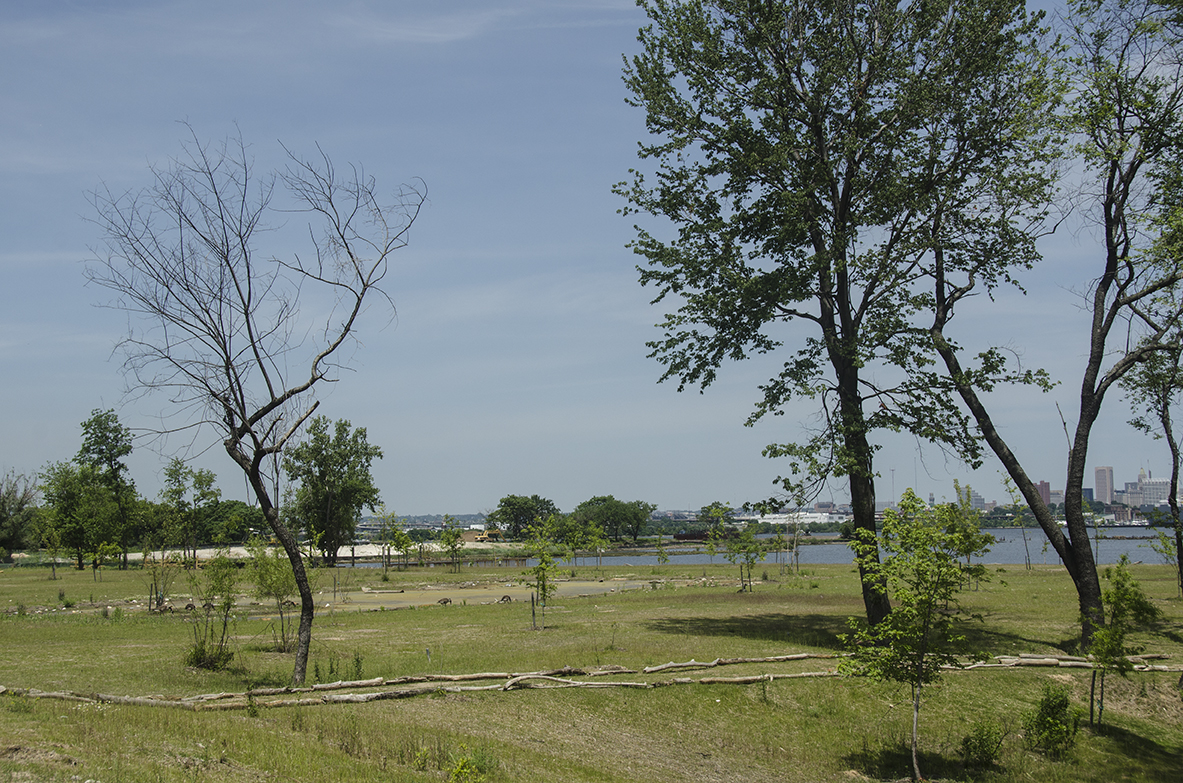 Masonville Cove is located in an industrial area; however, the Cove has a historic connection to nature beginning with the Piscataway and the Susquehannocks tribes, who once fished in its waters. The tribes would often fight and the Cove was located between both groups and considered “no man’s land.” 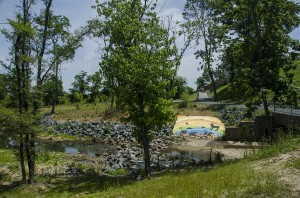 In the 1600s the Piscataway were forced off their land and in the 1700s Englishmen built farms and estates on the land. By the late nineteenth century when industry was booming in the area, a small railroad town called Masonville was established near the Cove. As industrial growth continued, the Baltimore & Ohio (B&O) railroad bought up and tore down all homes from Masonville residents in 1953 to expand the railroad. When Interstate 895 was built it cut off the Cove from the other populated communities nearby, like Brooklyn and Curtis Bay. Recently, the area has became known as a world-class auto port for the automobile industry when the Maryland Port Administration bought up a sizable piece of land for an off loading terminal for the vehicles. 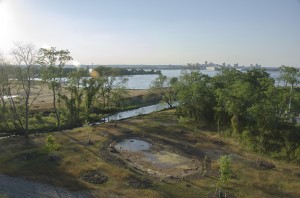 Even while highly contaminated because of dumping throughout the period when industry flourished, the Cove has remained full of natural wonders. In 2003, the Baltimore Harbor Team proposed a study of the Masonville site for a dredged materials containment facility, where the matter dredged from the Inner Harbor of Baltimore would be deposited. The Maryland Port Administration asked local residents what they wanted as incentives for the dumping of sludge near their homes.

One of the things residents requested was access to the water again. The Maryland Port Administration restored a contaminated portion of the Cove and constructed an environmental education center and nature preserve. The restoration of the Cove began in 2007 when various trash and old ships were removed. Much of the soil in the cove was contaminated and capping was used to remediate the area and to provide a safe environment for the outdoor activities by the water. In 2012, the nature area was opened to the public. It has been 70 years since the public had access to the water in this area. Reopening Masonville Cove to the local community restores its place as a space for community members and visitors to enjoy nature by the water in Baybrook. 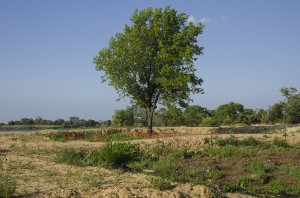 In addition, Masonville Cove provides environmental educations for local kids and a lovely visage to see how an industrial brownfield can become a place for contemplating nature.