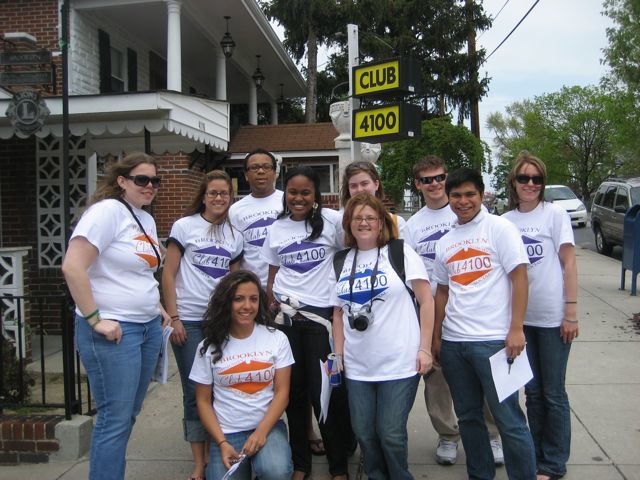 ABOVE: Recording of Horton McCormick and his wife discussing Club 4100.

With Sinatra on the jukebox and Unitas on the walls, it’s always 1958 here. Seniors sit in the same booths under the same sepia-toned Baltimore Colts pictures and talk about plays hiked when Ike was President. 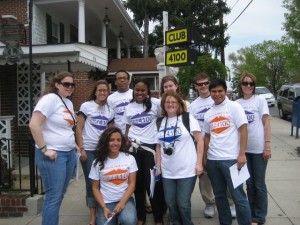 Dating to 1958, this iconic restaurant and sports bar was a space where legendary Baltimore Colts football players, such as Johnny Unitas, congregated with the local community. The Colts left Baltimore during the cover of night in 1984—in the midst of a citywide downturn tied to post-industrialization. These losses proved to be a major psychological blow to city residents and especially affected the sense of community and pride in older industrial communities like Baybrook. Club 4100, which still has the look and feel of Colts-era Baltimore, represents an earlier time when sports legends were a part of the local community.

Restaurateur George Coutros opened Club 4100 in 1958 in Anne Arundel County’s Brooklyn Park neighborhood, just across the Baltimore city line and bordering on the Brooklyn neighborhood of Baltimore. Coutros learned about the restaurant business from his father in Greece. When he was twenty-two he came to America and opened a restaurant in Baltimore’s Federal Hill neighborhood. Coutros learned from his father that a big local celebrity would draw in customers. He asked his friend, Johnny Unitas, to come “relax, eat, and be treated like family” at his recently opened Club 4100.  This resulted in large crowds and a lasting identity for the club.

Tom Matte, a former Colts running back and back up quarterback, called the club a “safe haven for us.” Madge Stanley, a waitress at Club 4100 for over 40 years, told a reporter for the Boston Globe: “It was wild, a real Colts bar. If they lost, the fans would drink more. There was a whole lot of players, they’d eat together. They were very approachable. You could walk up to them at any time and they’d talk to you. They were very much into the community. Now I root for the Ravens and against the Colts.”[i] Club 4100 represents the “old days” when sports stars were a part of the local community.

Coutros established Club 4100 as a space for community interaction with Easter dinners and contests like Ms. Club 4100. He also got Unitas involved in these events, and Unitas would come and slip out back, where there used to be a pool, to play with the young kids of the neighborhood. The Club’s walls show the history and the memories of old times.  They are covered in various photographs of Unitas, Baltimore Colts memorabilia, a sprinkling of other local sports teams, and photos of community celebrations. These walls “chronicle the defining people and moments of the restaurant’s history.” The Club itself is comprised of a dining area, the bar, and a back room for banquets, wedding receptions, and other large gatherings.

In 1969, Coutros sold Club 4100 to the Spanamanoli brothers, Dino and Manny. They maintained the Club’s sense of place for the customers that were like family. According to regular Paul Federline, “Manny and Dino treated everyone like brothers and sisters. It’s not fake, just for business, it’s real life.” The brothers kept the bar going for many years, but on November 30, 2007, they sold the bar to husband and wife team, Raj and Meena Harkie. 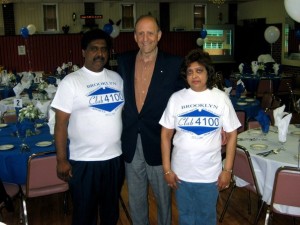 After the golden era of the Baltimore Colts, the Club’s crowds have dwindled; however, there were still faithful customers, like Paul Federline and his wife, Anne, George Mills, and others. Despite fewer patrons, the Harkies tried to preserve the history and sense of place at Club 4100. They also preserved the look, including all of the sports memorabilia on the walls, and tried to bring back some traditions, like the Easter dinner. In 2009 the Harkies noted that “it’s like a big family in here…everyone is so friendly and will help you anytime.” However, as the business progressed the Harkies, immigrants from Guyana, reported experiencing some hostility from the predominately white working-class community. In 2011, Meena Harkie expressed “issues with that property, with people trying to run us out of here.”[ii] However, locals reported dismay at the quality of food and service. Regardless of the reasons, by the end of the first decade of the twenty-first century the Club was in decline.

In 2009, working with the Harkies, American Studies 422: Preserving Places, Making Space in Baltimore students organized a community celebration and sports social at Club 4100 consisting of public history programming, auctions and raffles for sports memorabilia, sports icon signings (including ex-Colts), storytelling, entertainment, and food. The profits from the event were donated to Concerned Citizens for a Better Brooklyn (CCBB), a local non-profit neighborhood group.

In 2010 Club 4100 unfortunately closed and was unsuccessfully auctioned off in 2011. The Baltimore Sun had this report on the current status of the Club. Club 4100 represents the rich sports history of Baltimore as well as the fond memories of locals from the Brooklyn, Brooklyn Park and Curtis Bay communities.  It is a place worth preserving and symbolizes a piece of Baltimore’s diverse and changing history.[iii]