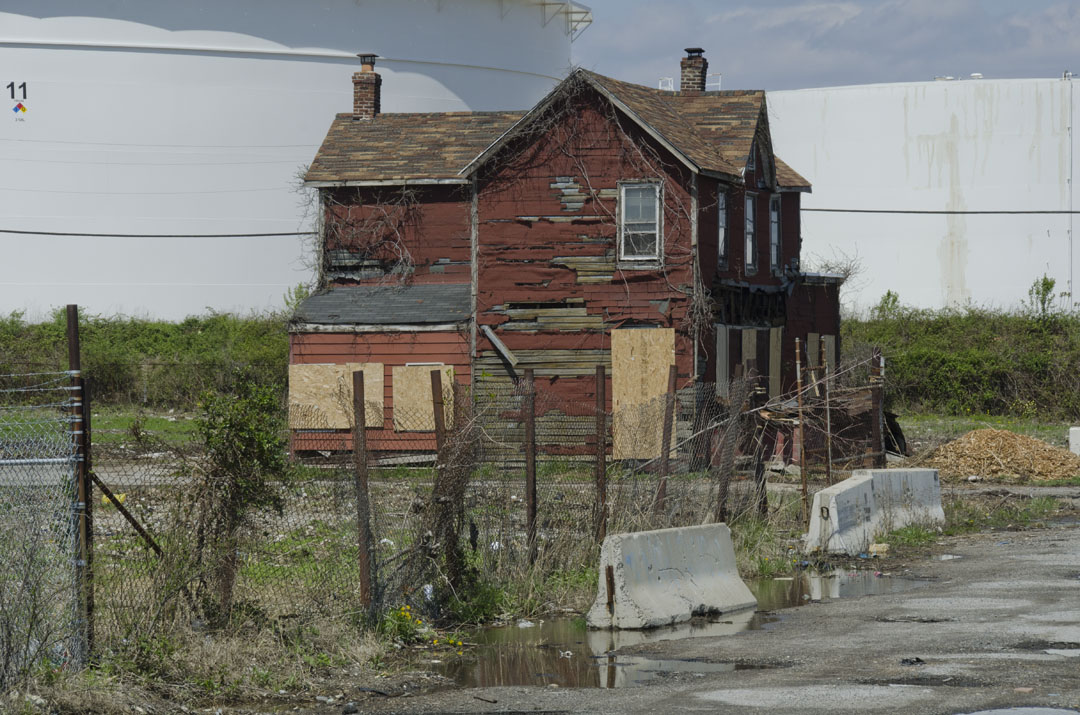 3306 Weedon Street was the last residential home in Fairfield. The final Fairfield residents, Jimmy Drake and Debbie Mitchell, were relocated and the house was torn down by the City of Baltimore in spring of 2011. Through archival research into this one building’s past ownership and oral history interviews, we have been able to get a sense of what a slice of the Fairfield neighborhood was like over the past century. 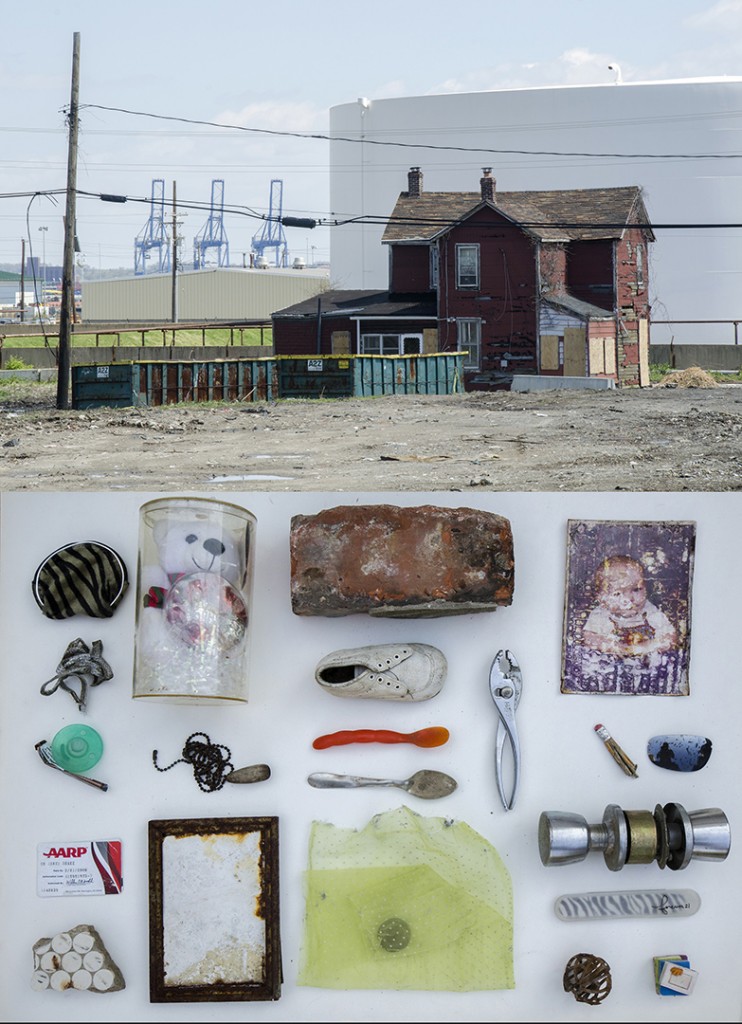 In the early twentieth century, German Americans owned the land that became 3306 Weedon Street. The deed records for the residence show the early immigration patterns of German and Irish immigrants into the industrial peninsula (and Baltimore in general). In 1899, Oswald William Fleisher deeded the land to Ferdinand Kahl, a widower who in 1910 built the house that stood at the address until demolition in 2011. In 1922, Kahl sold the house to John Henry and Isadora Jeffries. The Jeffries were an African American family from North Carolina. In 1948, the Jeffries sold the house to another family of African American migrants from North Carolina, James and Delia Ann Drake. In 1987 upon James Drakes’ death the house went to the Drake heirs, Delia A. Harris, Lucille Henderson, John Edwards Drake, and Mary Francis Villarreal. Jimmy Drake, grandson of James Drake lived in the house until the condemnation of the property by the City of Baltimore in the twenty-first century.

John Jeffries was born in Fairfield in 1924 and lived at 3306 Weedon Street. His family migrated from North Carolina to Fairfield and then resettled in West Baltimore, near Franklin Square, in 1943 when industry began to encroach on the community. When asked about the origins of the integrated dynamics of Fairfield, Jeffries replied, “I heard it said that, to start off Fairfield was established by Germans, Polish, and Dutch… When we were youngsters we had quite a few white neighbors. But my father bought that house… from a man, his name was Kahl. He was a German. And my father bought the house. This is around the time that Fairfield, when blacks began to move into Fairfield. But the details I can’t help you cause I was too young to know about it.”[i] Jeffries also pointed out that some, but not all, businesses in the Fairfield of his youth were owned by whites, often Jewish merchants.[ii] As a young boy, John Jeffries knew Rev. John Widgeon and explained that Fairfield residents referred to Widgeon as “Pap.”[iii] John Widgeon moved to Fairfield in the early years of the twentieth century and built the First Baptist Church of Fairfield in 1908.

A theme throughout my interview with Jeffries was that life was tough for African Americans in Fairfield. He referred to it as “Baltimore’s forgotten corner.” When I asked for his fondest memory of Fairfield, he half-joked that it was “when my father and mother decided to leave Fairfield.” However, Jeffries did not really fit in with the city life in West Baltimore where his family moved in the 1940s, and he spent most of his leisure time returning to Fairfield to visit family and old friends. He also made new friends, including his wife of over sixty years, whom he met on one of his trips returning to Fairfield after he had already moved to West Baltimore. 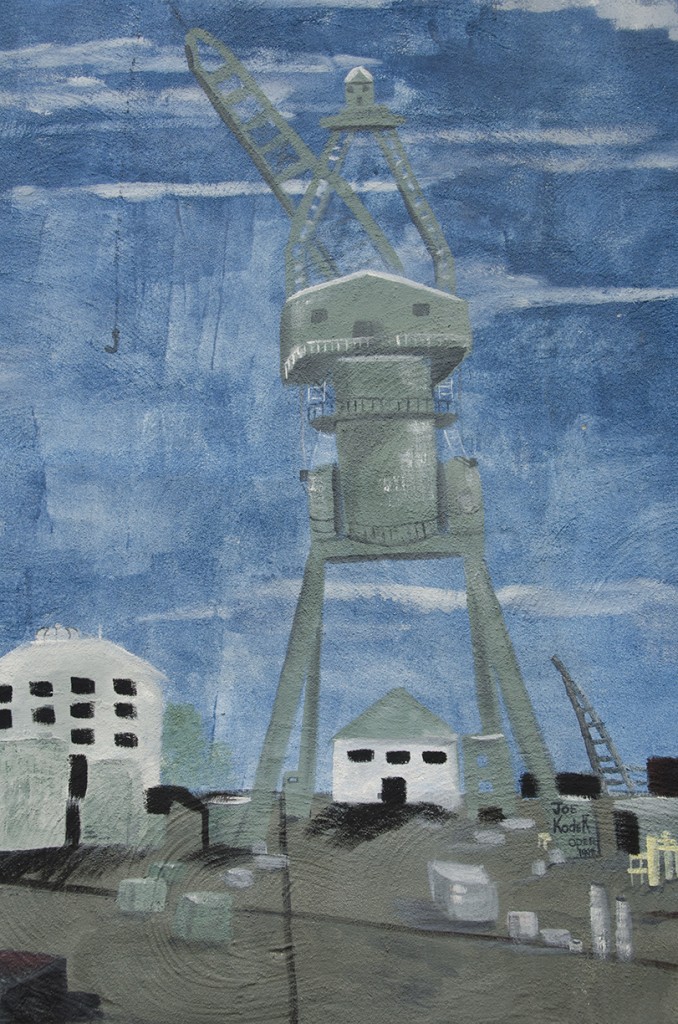 A local resident with the last name of Ward created this mural located at Patapsco Avenue. The murals exist all along two blocks of one of the major arteries in Brooklyn and Curtis Bay.

Jeffries describes the difficulties of life in Fairfield: “Where the boys from Fairfield were concerned they got the unwanted jobs. Sort of like the last hired, the first fired. Most were never hired. But the fertilizer factories, were dusty and dirty work. The coal pier, the scrap yards. The oil companies. You couldn’t work there. Ship yards. No. Where the ship building dry dock, when the ship was coming for repairs, they would hire the African American boys over to clean the doors of the ship to go in the hole and clean all, to get all the filthy oil out of the ship. Clean up the building room, and when that’s done, out they go. So it wasn’t easy. It wasn’t easy for us down there… These are hardships we had to endure because of our race. So now I’m going to say this, we made the best of it.”[iv]

Jeffries recalled the impressive vegetable and flower gardens Fairfield residents built and that “Arabers,” produce venders with horses and wagons, often traveled out to Fairfield. He explained how geographic isolation and racism from surrounding communities also produced a network of connections for residents: “We lived so far from the real markets, like the closest market was in South Baltimore. And we wasn’t allowed too much shopping in Brooklyn, but they had a meat market in Brooklyn named Hawkin’s Meat Market… But we didn’t do too much traveling in Brooklyn or Curtis Bay. We weren’t welcomed there. So on the weekends those of us who had a little transportation would rally the neighbors… They would pool neighbors and do their shopping in South Baltimore around Cross Street Market. Up and down Light Street or Cross Street and Charles Street… We also had some of those merchants in South Baltimore would come to Fairfield and take orders and deliver them. Browns Meat Market was one that used to come to Fairfield. They would take orders and deliver them. Take orders and bring them to us. Like I said, not everybody was able to get there. Pooling their resources.”[v]

The sense of community for African Americans out on the industrial peninsula endured for generations. Jimmy Drake, whose family purchased the Jeffries house in the 1940s, represents the last generation of Fairfield residents. Drake has many fond memories of Fairfield, especially during the 1950s and 1960s when work was plentiful and Fairfield residents had various community events such as baseball games, carnivals, and even Sunday afternoon drag races. Drake recalls that Fairfield remained an integrated community. Due to advances in civil rights, African America job opportunities had improved from the 1930s and 1940s situation Jeffries described. Even though the Drake family ran a garage to work on cars, they also raised farm animals and trapped raccoons and muskrats.[vi]

As in all the lost neighborhoods, residents of Fairfield worked hard but also built communal places for recreation. Both Jeffries and Drake recall the community baseball games, festivals, and parties that brought together generations of Fairfield residents; however, the real social life of Fairfield revolved around church functions. In addition to the First Baptist Church of Fairfield there were also A.M.E. and Apostolic churches. There were also numerous black Catholics who had to travel a mile to the Catholic church in Wagner’s Point, where they had to sit in the back and be last in line for communion.[vii]

Fairfield may have been “Baltimore’s forgotten corner,” but the neighborhood had a strong sense of community and often functioned as “one big family” out on the industrial peninsula until jobs disappeared and the neighborhood began to decline. 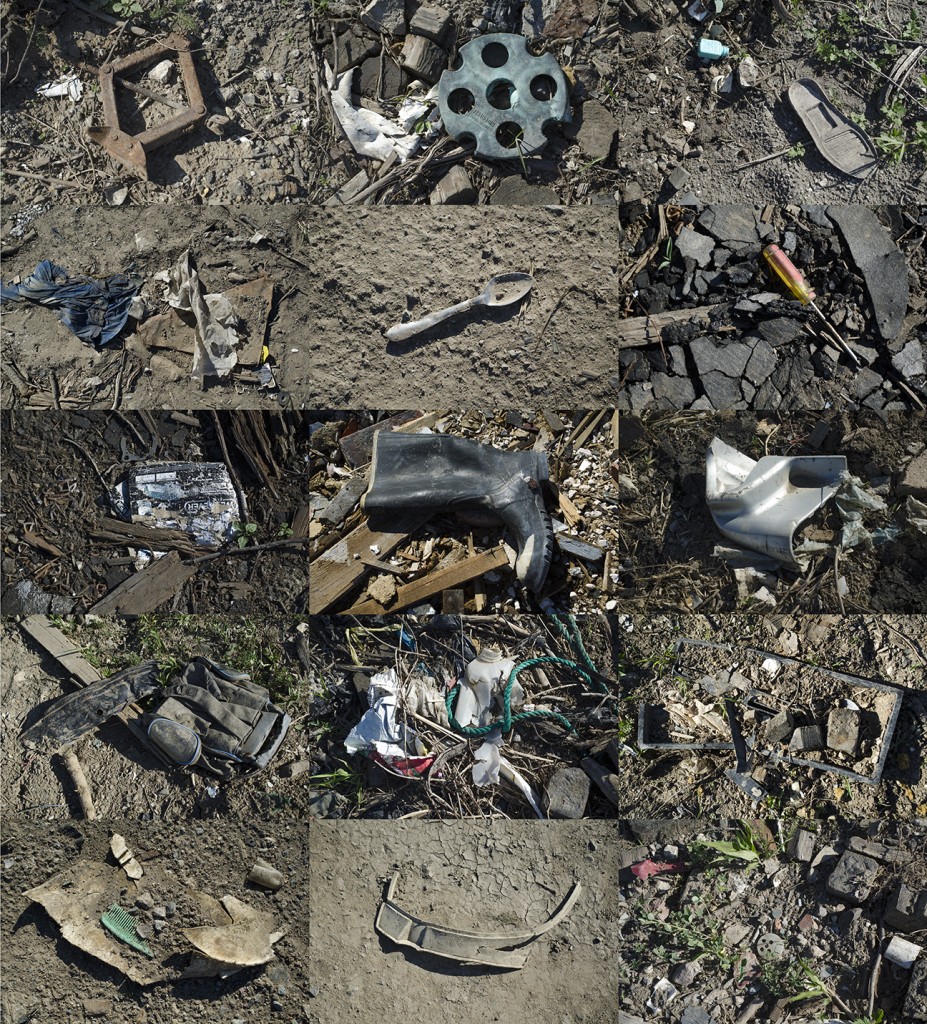 All that remains of the lost neighborhoods of Baybrook (both Fairfield and Wagner’s Point) are a few crumbling structures and memories. Yet the stories of boom and bust development and later invisibility of residents on the peninsula offer important lessons about urban industrial development, environmental justice and, most centrally, learning to see urban industrial communities as an important part of the fabric of urban space in the past, present, and future.[viii]

[iii] When I asked Jeffries if he knew John Widgeon, he replied, “Yes indeed. Yes I knew John Widgeon. Everybody in Fairfield knew Reverend John Widgeon. Actually, I didn’t know much about his background, of course, at that time I was a youngster. When I first met Reverend Widgeons, I guess I was about three or four years old. And Reverend Widgeon not too long after, I can’t remember all the dates or the times. But when Reverend Widgeon became too old to perform, my father recommended Reverend Ernest Wesley Williams as the next pastor. Reverend Williams was a member of that baseball team I mentioned to you, but his religion, the way he was brought up, his family wouldn’t allow him to play baseball on Sunday. That’s why he’s not in the picture I’m going to show you [of the Fairfield Giants baseball team].” John Jeffries, interviewed by the author, June 7, 2011.

[vii] Fairfield resident Loraine Curtis recalled, “[Wagner’s Point] was really segregated. All the African Americans had to sit in the back. When we took communion, we’d be the last ones.” Loraine Curtis, interviewed by author, July 19, 2011.

[viii] With no residents on the point, the amount of day-to-day scrutiny of industrial pollution dramatically decreased. And in 2008 when FMC moved its operations from Baltimore to Asia, the final contamination monitor on the peninsula also disappeared. For the most recent report on the environmental conditions of the Baybrook community see the Environmental Integrity Project, Washington, DC, “Air Quality Profile of Curtis Bay, Brooklyn, and Hawkin’s Point, Maryland,” 2012. Author is in possession of a copy.