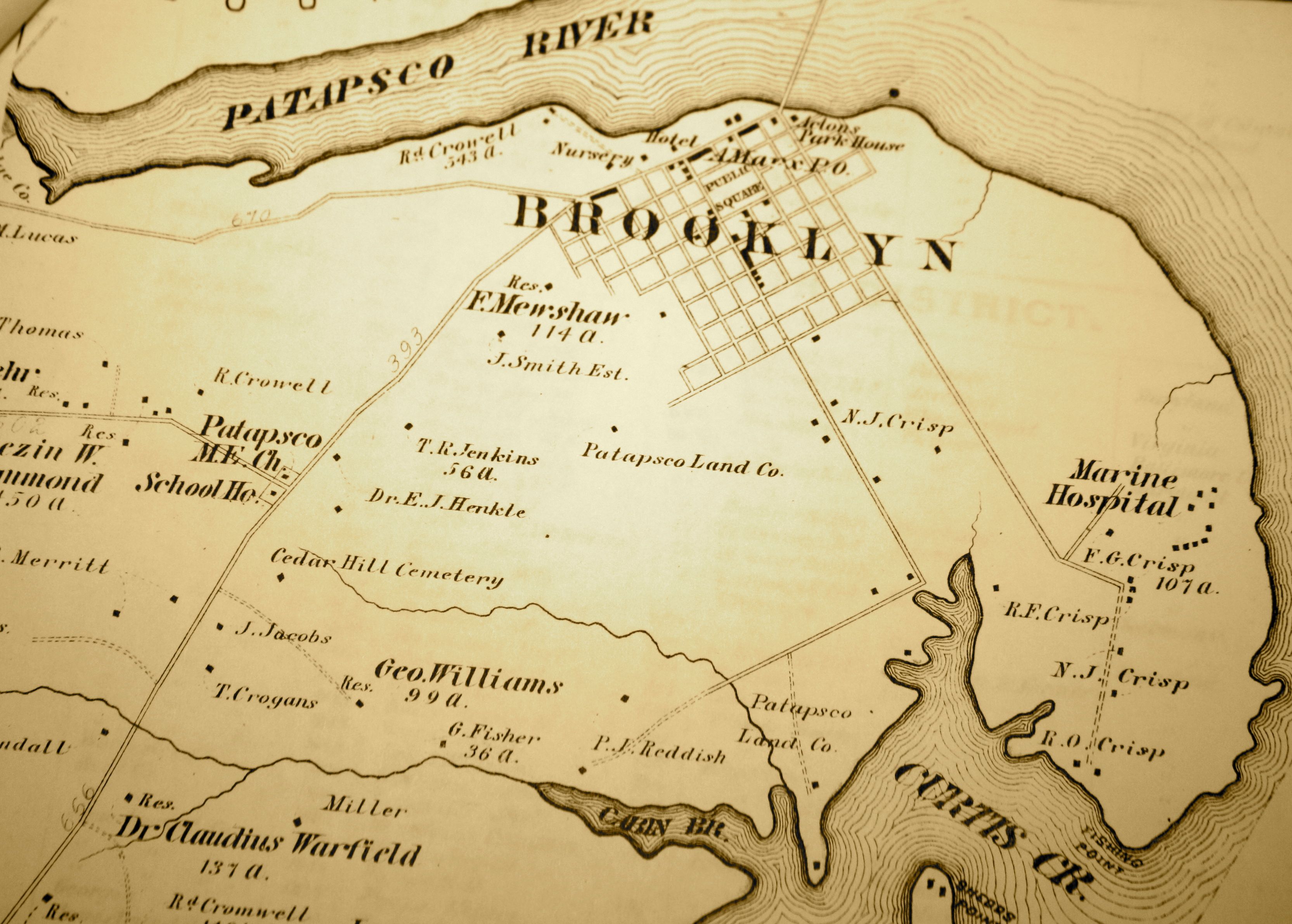 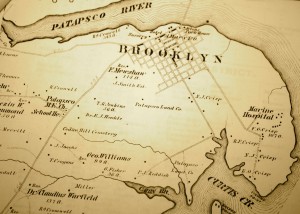 During the nineteenth century the Crisp family became major landowners on the peninsula. In 1845, the City of Baltimore purchased twenty acres from the Crisp family for a Marine Hospital just past the line of quarantine recently established by the City.[i] The hospital originally tended to sick immigrants or sailors, but when the smallpox epidemic of 1871 hit Baltimore, the site was used as a pest house and cemetery, where the sick and contagious were isolated and then disposed of away from the populous urban core. The hospital was not well maintained and was reported in 1884 by the Baltimore City Board of Health to be in a “miserable condition.”[ii] Mrs. William Potts, who moved to Fairfield in 1884, told a Baltimore Sun reporter in 1941, “In those days a marine hospital occupied the site now being developed into the biggest shipyard on the Atlantic seaboard… It was known far and wide for the great number of victims of dreaded smallpox that we sent there from the city to die, and its great cemetery was a sight never to be forgotten.”[iii]

The City later had the structure burned and attempted to sell the land. However, the land was vacant until 1897 when the City hired a laborer by the name of William Helmstetter to take care of Baltimore’s only recorded case of leprosy at the spot of the old pest house. The leper was a poor Italian immigrant named Mary Sansone.[iv] The peninsula was close enough to the city to serve as a dumping ground for the sick but far enough away to escape laws and contagion. Dubious recreation and waste disposal are aspects of urban life that city fathers often attempt to hide, or at least keep distant from their own neighborhoods, enclaves, and business districts.[v]

[i] The marine hospital/smallpox hospital are shown on maps in Atlas of 15 miles around Baltimore including Anne Arundel County, Maryland, 1878, in Maryland Department, Enoch Pratt Free Library, Baltimore, MD; Diamond and Powers, “An Environmental History of Fairfield/Wagner’s Point,” 16-19 [Note: the report lists 20 acres but points out another listing of 125 acres. Regardless of the exact acreage, the pest house—“a place isolated from the City where people with often fatal contagious diseases could be housed”—was located in the region that later became the residential communities of Fairfield and Wagner’s Point.]

[ii] Diamond and Powers, “An Environmental History of Fairfield/Wagner’s Point,” 19; Sidney Heiskell, Annual Report of the Board of Health to the Mayor and the City Council of Baltimore for the Year ending December 31, 1884 (City Printer, Baltimore, MD, 1885): 173.

[iv] Diamond and Powers, “An Environmental History of Fairfield/Wagner’s Point,” 33-35. In a note on page 44, Diamond and Powers write, “The laborer appears to be William Helmstetter, who, ironically enough, bought two properties from the Fairfield Improvement Company in 1891 and 1893… The unfortunate immigrant with leprosy was Mary Sansone, who was probably the mother of Joseph Sansone, who had immigrated to the U.S. from Italy in 1892. Mr. Sansone was a poor fruit dealer who rented a house in Baltimore City. He spoke no English and could not read or write. It is not known what happened to Mary Sansone. She may have been sent to one of the leprosariums between New Orleans and Boston.” There is a small road in Brooklyn named Helmstetter St. (perhaps unrelated). The mystery of Helmstetter and Sansone is ripe for further investigation—an excellent research project for an interested student.

[v] The connection between industrial zoning and “questionable” recreational spaces, such as strip clubs or drug paraphernalia shops, occurs in many urban areas.